Can a Smart Watch Replace Your GPS?

For more than a year now, while exercising, hiking, backpacking, scouting deer, and hunting elk, a GPS on my wrist... 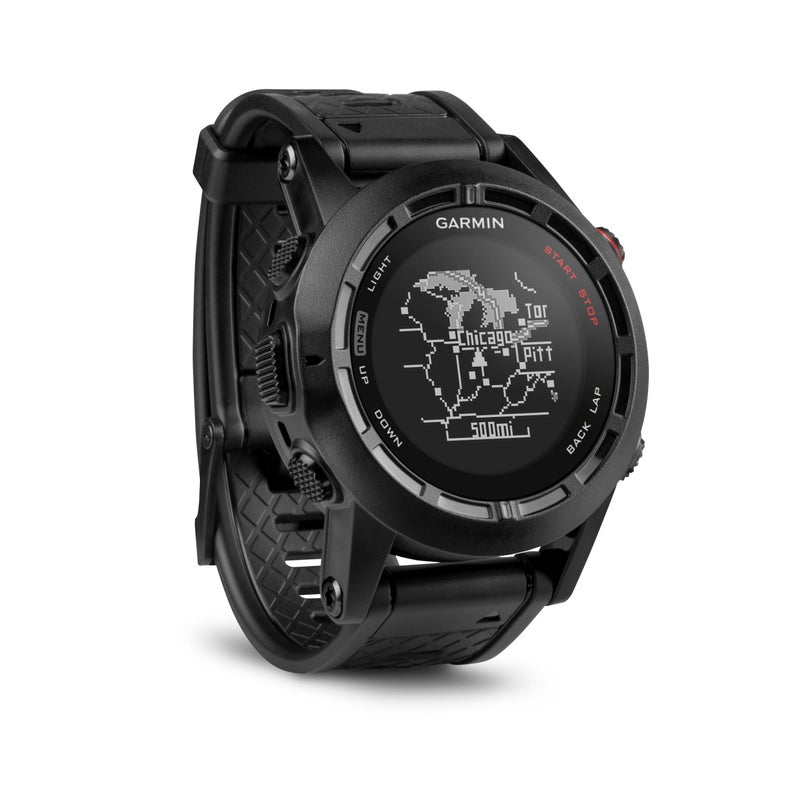 For more than a year now, while exercising, hiking, backpacking, scouting deer, and hunting elk, a GPS on my wrist has been ticking off coordinates, logging my location, heart rate, foot cadence, and more. It’s compiled spreadsheets on all my physical activity—sort of like a Fitbit on steroids.

I’ve learned a lot. For example, I’m more afraid of getting hit by the city bus than falling off a cliff—heart rate jump of 126 versus 122. But the coolest thing about a wrist-based GPS for backcountry hunters isn’t what’s available now, but where the technology is going.

I’ve been using a Garmin Fenix 2. It can store 1,000 waypoints and 500 tracks, has an altimeter, black and white (pixilated) maps, and about 50 hours of battery life in GPS mode—five weeks in watch mode. Garmin just refreshed the line with the Fenix 3, and Sunnto makes a quality option in the Ambit3 Peak, though I haven’t used either.

The big question if you’re going into the back-country this year is can you ditch the full-sized GPS for a smaller, lighter wrist-based option?

Much like a Garmin eTrex or Bushnell BackTrack, my Fenix 2 displays low resolution, black-and-white maps, plus your location, track, and any waypoints you’ve ported in. You can navigate to a stored waypoint, and the watch will display an “as the crow flies” route.

Waypoints and routes can be created through Garmin Basecamp software from your computer or phone. You can also load custom maps onto the watch, much like you can with handheld GPS units. But the display, frankly, is so low quality that enhanced mapping isn’t very helpful. Not that you really need it.

Last September I spent three weeks chasing elk. I used a paper topo and compass more than anything, but the watch GPS was helpful in pinpointing where I was on that map, especially when deep down in the timber. I probably used the digital compass on the watch and the alarm to wake up more than the GPS, but getting my exact latitude and longitude was an awesome extra feature to have without the weight of a full-sized GPS. I would have been wearing a watch anyway.

The other concern with a watched-based GPS is battery life. The Fenix line is the best in the business here. In full-blown GPS mode, where a reading is taken every second, I’ve gotten about 15 hours out of it. But there’s also an UltraTrac extended option, which records a location every minute. Garmin says you’ll get 50 hours, but I haven’t maxed it out yet. I used full GPS mode most of the time while elk hunting, and charged the watch every few nights with the USB cord and a solar charger. I spent 21 nights camped out, broken up in three legs over four weeks, and keeping the watch charged was never an issue.

That all said, the coolest thing about a smart watch is what the future holds. The Apple Watch has an optical heart rate monitor. Eventually they’ll have built-in cellular. More than anything, though, I want to see real-time GPS tracking and emergency beacon services baked into the watch form factor. My family only lets me get away with these extended solo hunts because they can follow along through my DeLorme service, which displays my location on a private online map. Getting that functionality in a watch might be a few years away, but I’m holding out hope. I accept that I have to bring some form of communication and safety technology into the wild. I just want it as light and unobtrusive as possible.