This past season’s warm weather and heavy flooding meant scattered ducks and tough hunting for many waterfowlers in the southern... 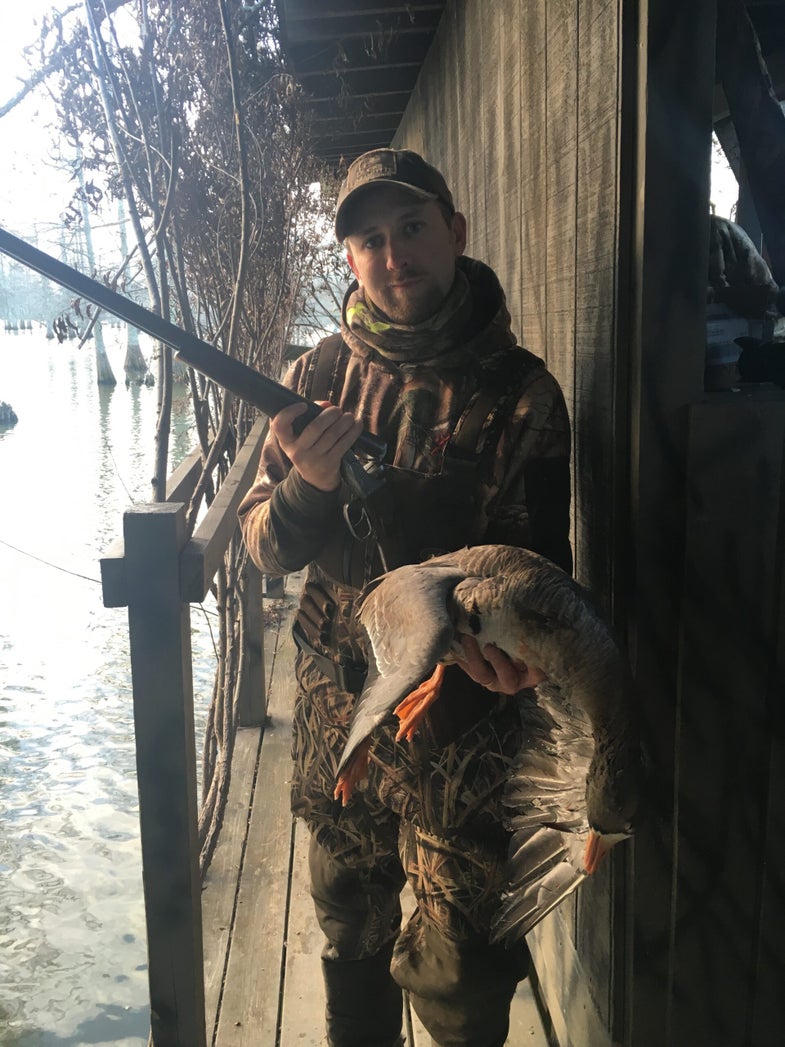 This past season’s warm weather and heavy flooding meant scattered ducks and tough hunting for many waterfowlers in the southern Mississippi Flyway. I personally had a good year, though—and the highlight came during the last week of January on Beaver Dam Lake near Tunica, Mississippi, where I had one of the most amazing experiences of my career. I shot a specklebelly and a greenhead with Bo Whoop—Nash Buckingham’s legendary Burt Becker magnum. Bo Whoop is an HE-grade Super Fox from A.H. Fox Gun company, built to Buckingham’s specifications. It was famously lost in 1948. After being recovered in 2005 and purchased at auction for $175,000, it was later donated to Ducks Unlimited. It’s been on display at DU National Headquarters in Memphis since 2010.

Though the gun was almost certainly used during all those unaccounted-for years (nearly 58 of them), this hunt is, to our knowledge, the first documented time that the gun has been back in a duck blind—and certainly the first time Bo Whoop has been used on Beaver Dam Lake since Buckingham’s day. Prior to the hunt, Bo Whoop was inspected by a gunsmith. It’s still in great mechanical shape. Since steel shot is questionable to use in vintage double guns (and Mr. Buck’s preferred 3-inch lead No. 4s aren’t an option these days), we loaded up with Kent Tungsten Matrix 2 3/4-inch No. 5s. They worked very well.

I shared the blind with DU staff and volunteers, as well as my buddies Mike and Lamar Boyd, the father / son owners of Beaver Dam Hunting Services. I’m working on a full feature from this hunt for a future issue of Field & Stream. For now, I’ll just tell you—the old gun still shoots. Enjoy the video.