A Monumental Solution to Saving Fish and Game Habitat

Photo by Garrett VeneKlasen For what seems like years now, sportsmen have been tearing their hair out in frustration over... 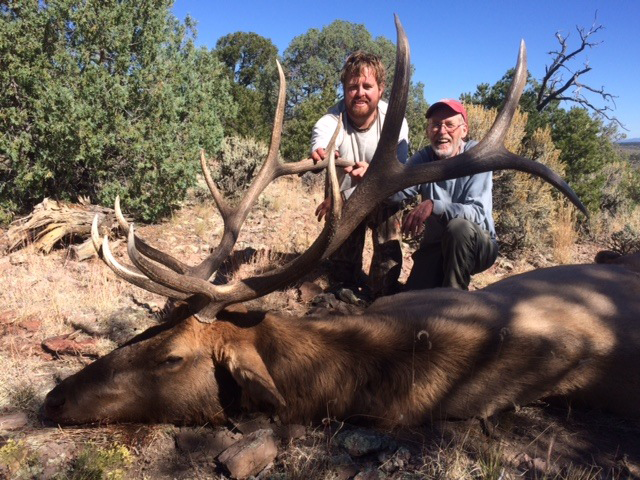 For what seems like years now, sportsmen have been tearing their hair out in frustration over the dysfunctional Congress that has been a constant roadblock to conservation initiatives.

Well, our brethren in New Mexico, with help from some functional congressmen, have found a way to save precious fish and wildlife habitat—not to mention our hair.

They went around the bad actors in congress and straight to President Obama, who doesn’t need congressional approval to proclaim areas as national monuments under the Antiquities Act.

The result: In about 18 months, 740,000 acres of prime public fish and wildlife habitat on BLM lands in New Mexico have been permanently protected for hunting and fishing.

Then in May, he signed the Presidential Proclamation creating the Organ Mountains-Desert Peaks National Monument
on nearly 500,000 acres near Las Cruces, with hunting opportunities for deer, javelina, cougars, quail, and doves.

Those two signatures ended more than 20 years of frustration on the part of sportsmen and many other groups – from bird watchers to backpackers to firewood cutters and pinion nut collectors – to get Congress to act.

Of course, it wasn’t as simple as knocking on the president’s door with proclamation and pen in hand.

“This was a long effort in which we had to address the fears that some traditional uses—grazing, hunting, fishing, wood gathering, nut collecting—would be curtailed or prohibited,” explained Sen. Martin Heinrich (D-NM), who helped push for protection both in and out of the Senate.

Those fears were based on similar restrictions on consumptive uses at some national parks.

“But that’s the great thing about national monument designations: you can tailor the designation to make sure these traditional cultural uses are maintained,” Heinrich said.

As those concerns were put to rest, the list of those supporting national monument status reached across almost every user-group and demographic, including governments, Native American tribes and dozens of businesses.

Sportsmen may have been the biggest winners. As Mark Twain once said about land, “They’re not making it anymore”—and they’re especially not making more public fish and wildlife habitat.

The New Mexico Wildlife Federation, which worked hard on the initiative, is hoping sportsmen in other parts of the country understand they can follow the same strategy to protect public recreation lands congress has put at risk.

Joel Gay, communications director for the NMWF, wrote in an email that “We have encouraged others around the country to seek national monument status to protect their own favorite lands and waters. I know several other monuments are under consideration. It would be great to have you help spread the word.”