A Threat to Sportsmen, and Now, a Threat to a Way of Life

Over the past 18 months, I’ve spent an awful lot of time writing about, and talking about, the Land and... 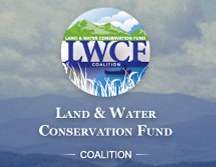 Over the past 18 months, I’ve spent an awful lot of time writing about, and talking about, the Land and Water Conservation Fund. Boring, right? The reading and writing equivalent of a tow sack full of Ambien. Who would do this, especially in the summer, when the Trico hatch is swirling in huge smoky columns on the Missouri River, the heads of big rainbows showing like makos in every seam of current? What am I thinking under these fluorescent lights as I hear through my window the whistling wings of south-bound mourning doves that will not be here for the shooting in a few more days? My Lab stands and stares at me, then flops down again under the table that holds the fax machine. He groans. My son is home from school and shooting his bow in the yard.

Here’s what I’ve been thinking. As Bob Marshall pointed out in his recent post about the LWCF only being fully funded twice in the course of its 50-year history, the chronic assaults on this landmark program endanger sportsmen. The Fund, which costs the taxpayer absolutely nothing, is a big part of why America still has public hunting and fishing at all.

We hunters and fishermen are the direct beneficiaries of a visionary program from 1965 which has paid for everything from building rural swimming pools so kids on the Nebraska prairie can learn to swim and don’t drown in the irrigation ditch, to urban wildlife refuges in flood-prone parts of New Orleans, to fishing access sites across the nation. It’s a frustrating and even depressing fact that the LWCF has been under assault all these years, and we don’t even know it. We fish with our children at a place that would be completely off limits to us without LWCF, and 95 percent of us there have no idea why we have that freedom, or how it can be kept for the future. We don’t even know the LWCF exists.

Our ignorance is as dangerous to our nation as any scraggle-bearded terror junky careening around the moonscape of the Middle East. The LWCF and programs like it are why our country works. Why we have what we have. Why we are who we are.

I’m thinking of our military, and how recent studies show that more than one out of four young men in our country are too overweight to pass the test to join up, even if they want to. Why? It would be comforting to blame it all on computers and video games and junk food, but that’s only part of it. The other part is that a majority of what used to be, only two decades ago, an active outdoor people, no longer has the space and freedom to be active and outdoors. Population has doubled in my lifetime. The number of hunters has fallen. Open space is under siege by waves of development, and urban kids have fewer and fewer places to play and exercise and be outdoors. We are losing critical wetlands to agricultural development for a booming world market, not because farmers want to fill them in and farm them (American farmers have the same rising expenses as the rest of us, and have to make money), but because we have not come up with the funds for conservation easements that would compete successfully with the profits of the industrial, scorched earth-style agriculture that has become our norm.

No nation in history has ever been saved by the passively uninformed. Make your voice heard now.