Unless you’ve been out at sea or camped out far beyond the tentacles of the almighty grid, you’ve already heard … Continued 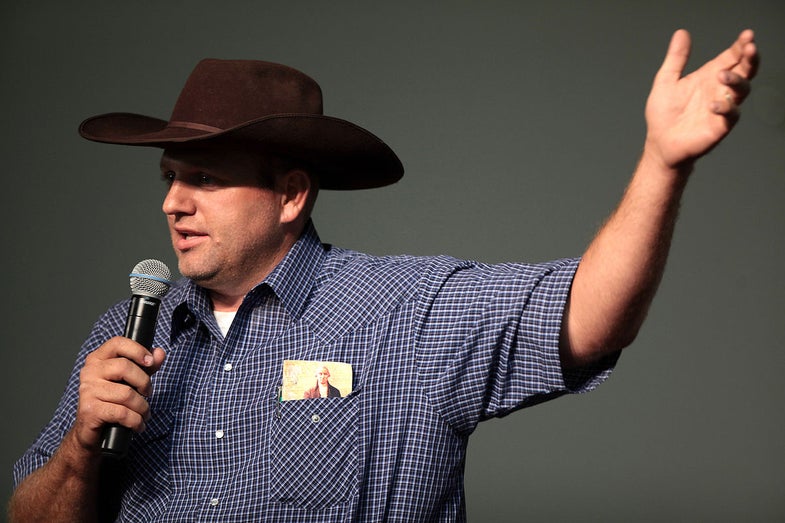 Unless you’ve been out at sea or camped out far beyond the tentacles of the almighty grid, you’ve already heard an earful about the takeover of Malheur National Wildlife Refuge outside of Burns, Oregon. I’ll not rehash it here, but I want to remind every American outdoorsman and woman of a few of the implications of what has, at least as of Sunday, January 10, been more irritating and comic than it has been politically or militarily impressive. To see the refuge takeover as ridiculous, though, is to miss a key element of the bigger picture.

The Bundys and their followers have been a busy bunch since the armed stand-off with federal agents in Nevada in April of 2014. Cliven, the father of 14 children, is still running his cattle on the vast Bunkerville Allotment of our public lands, and he still has not paid any of his grazing fees, now amounting to well over $1 million. Ryan Bundy, the eldest son, is in his 40s and has been fined and arrested numerous times in Nevada and Utah over infractions ranging from ordinance from open burning and lack of a valid driver’s license to misdemeanor theft and interfering with a legal arrest. He’s also taken the time to help lead a protest ride of ATVs up Recapture Canyon in Utah, a trail that was open to hikers, but closed to motorized use due to the destruction of archeological sites.

Although Ryan is in attendance, Ammon Bundy seems to be the leader of the armed crew now holding the headquarters of the Malheur National Wildlife Refuge. Ammon has said they’ll stay until all 190,000 acres of the refuge is “given back” to the people of Harney County. They’ve renamed the Malheur National Wildlife Refuge the Harney County Resource Center. They haven’t said if hunting will be allowed on the lands they have seized (Theodore Roosevelt created the Malheur NWR in 1908; the additional lands were almost all purchased with our federal duck stamp money), and although the Bundys have said many times that all federally managed public lands must be turned over to the states, they have not explained how ranchers like their father would maintain their own access to the lands, or keep them from being sold off to private individuals or companies who would almost certainly boot them off the range.

As to Americans who actually own the lands now, including hunters and campers and fishermen, I don’t think we factor into their plans.

Dwight and Steve Hammonds, the Harney County ranchers who were sentenced to prison for arson for setting fire to federal public lands, have returned to prison to serve the remainder of their time. The Bundy takeover of the wildlife refuge was done to call attention to what may indeed be an injustice to the Hammonds, but it accomplished nothing to help their case.

There’s been a lot of comedic hay made during this takeover, mostly by and among more liberal Americans, to whom the sight of a cowboy hat, an AR-15 and a holstered handgun represents everything they seem to fear and despise about our country. To me, an AR-15 shooter, handgunner, and Second Amendment absolutist, there’s nothing remotely funny about seeing bands of grown men roostering around making a mockery of a deeply embattled Second Amendment, packing—if not brandishing—the same AR-15 that I and so many of my friends and fellow shooters and hunters have come to revere for its accuracy, simplicity, and pure beauty of function.

For those who might believe this somewhat makeshift occupation poses no threat to our American public lands, remember this politically incorrect fact: every successful radical movement, whether good or bad, has an armed wing. Such movements have a wide range of true believers in the middle, and an “oh-shucks-let’s-just-debate-this” business-suited leadership at the top. The top will always denounce the armed wing as extremists, while benefitting in every way from the illegal actions that make their message ring loud and clear.

The Bundys are not saying anything that the leaders of the public-landgrabber movement are not saying. The Bundys are just saying it more clearly, without trying to fool anyone about their intentions, which is for our public lands to be taken away from us, and sold or given to private ownership, bringing our country into line with the rest of the so-called “developed world.”

Knowingly or not, the Bundys and their armed colleagues are the mouthpieces of the politicians and individuals who have been promoting the takeover of public lands since the early days of the Sagebrush Rebellion in the 1980s. As Ryan Bundy told reporters, if they tried to occupy the refuge without weapons, it would indicate “a lack of seriousness.”

I love our country, and our public lands, and if I don’t totally trust my government, I have the kind of respect for our time-honored institutions that makes me know I can change it for the better. In the meantime, my family and I are icefishing, skiing when we can afford it, planning a coyote hunt in eastern Montana when my son’s basketball schedule allows. We’re living the winter version of the life I wrote about right here, the last time the Bundys created a national uproar. And we plan to keep doing it, come hell or high water or cut-rate landgrabber.

But as I finish this, I realize I have a lot of concerns and not many conclusions, so I’m heading to Oregon to learn something. Stay tuned.