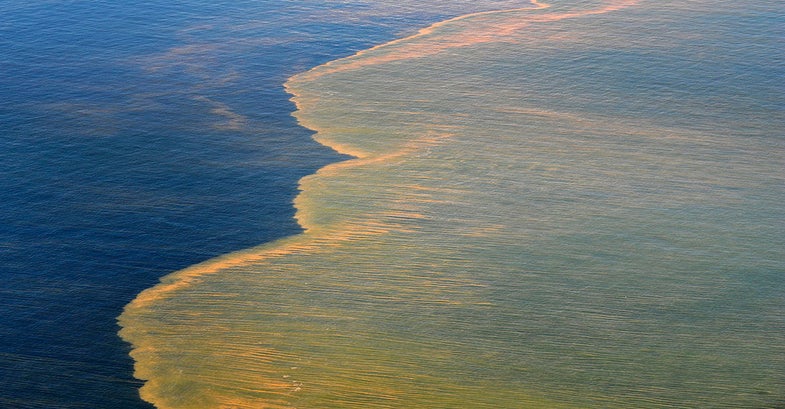 If you’ve been watching candidate debates or listening to the campaign commercials (who can avoid them?) you’ll know that for a certain segment of our political class, “environmental regulation” is a four-letter word.

This is especially true when that term is matched with energy development.

Radical environmentalists, they’ll tell you, are pushing these regulations on America. They are unnecessary and costly interruptions on an industry that seldom makes mistakes—and when it does, can quickly heal any environmental wounds.

Well, every time sportsmen hear those complaints, they should go to this website. But before you click, make sure the pets and the family are out of the house and anyone within hearing distance has their earplugs firmly in place.

This is the Web page showing the official accounting of the damages to natural resources caused by BP’s Deepwater Horizon spill. It’s what BP admits to killing:

No, your eyes have not deceived you. Those losses are in the billions—and total even into the trillions.

The Oil Pollution Act (passed after the Exxon Valdez spill) requires an accounting of impacts to the environment called the “Natural Resources Damage Assessment.” Research teams from state and federal resource agencies and BP spread across the affected area to collect evidence of the impacts. The two sides presented their cases to a federal judge, who decided on the final counts.

In October, BP agreed to a $20 billion settlement for fines under the Clean Water Act and mitigation payments for damages to natural resources caused by the oil released into the Gulf during the 87-day gusher.

Conservationists knew the toll would be high. Some 90 percent of all Gulf fish are estuarine dependent, and most of those estuarine acres are in the great delta of the Mississippi River along the Louisiana coast—which is where the spill took place. Worse, the oil flowed from April through September, peak spawning period for a long list of estuarine and open-ocean species.

Because the spill took place offshore in an area affected by Gulf currents and surface weather, no one saw huge floating islands of dead critters. Most adult casualties likely were eaten by other species, or simply sunk to the depths. As the assessment states, the largest toll likely was taken on those spawning season larval stages and “most of the deaths listed were to tiny life stages generally smaller than the letters on this page.”

So researchers had to estimate the damage based on formulas tied to samples taken during the spill. This is more of what they found BP killed:
-200 to 500 million shrimp.
-One billion oysters.
-2 to 10 billion blue crabs.
-2 to 5 trillion larval fish and 37 to 68 trillion invertebrates floating on surface waters.
-86 billion to 26 billion fish larvae and 7 billion planktonic invertebrates in deep Gulf water.
-These larval losses “likely translated into million to billions of fish that would have reach a year old.”

In aftermath of the spill, sportsmen’s groups and other conservationists pushed Congress to tighten regulations on drillers to reduce the risk that this could happen again. The industry and its political friends in Congress pushed back.

They’re pushing even harder during this election season to repeal some of those safeguards, branding almost all environmental regulations as unnecessary.

When you hear people say that, send them this link. There is no better explanation of why we need very tight regulations.