Sportsmen Need Only One Answer From the Presidential Candidates

Presidential debate season is a lot like football season: It produces a lot of armchair quarterbacks. We’re all sure we... 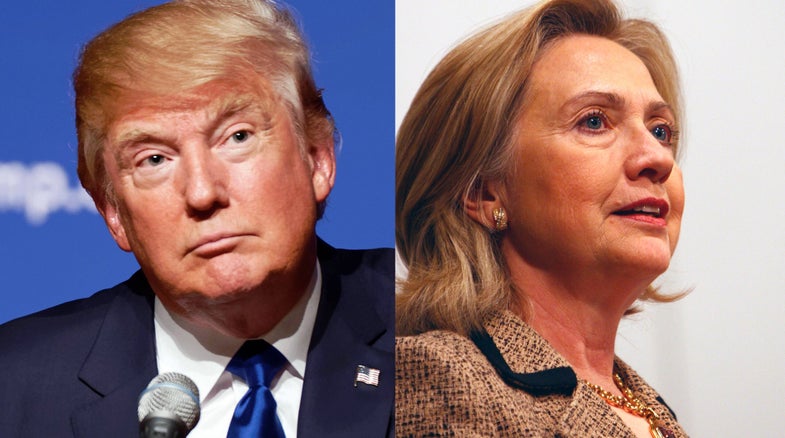 Presidential debate season is a lot like football season: It produces a lot of armchair quarterbacks. We’re all sure we would have thrown tougher questions at those so-and-sos. We wouldn’t have allowed them to tap-dance around a real answer and hide in their “message” or “talking points.” We would have nailed them down on the most important issue—to us.

But of all the interest groups closely watching this historic race, sportsmen may have the most legitimate claim to that “morning-after” boast, because we really only have one question—and we will only take a “Yes” or “No” answer: “Do you pledge that national public lands will remain under federal management?”

That’s it. One simple question, with one unequivocal answer.

But that answer is absolutely critical to maintaining the platform that has provided the United States with the greatest outdoors sports heritage of any nation.

Do we have other important issues? Of course.

• Addressing the greenhouse gas emissions causing the climate change that could radically alter much of that public land—and water—as well as the fish and wildlife populations they support.

• Making sure the wetlands we have left are not stripped of more protections.

• Having a sensible energy development plan for public lands that puts fish, wildlife, and the vast outdoor recreation industry they support on an even footing with oil and gas interests.

But the pledge to keep our national lands national trumps all these for an obvious reason: Without public property, we would have no place to hunt, fish, hike, backpack, paddle, camp, bird—or any of the other outdoors pursuits we love, and that keeps more than 6 million Americans employed.

Yet there is an effort underway in Congress to steal our property—the property we have spent billions managing for decades—and turn it over to individual states or private owners.

The effort is so serious that a coalition of more than 40 sportsmen’s groups recently sent a letter to each of the candidates requesting that they “publicly commit to keeping public lands in public hands.”

“Our national tapestry of public lands is the product of more than a century of leadership by both Republicans and Democrats,” the organizations stated in the letter to the presidential hopefuls. “America’s hunters and anglers have a special interest in our public lands. Some of our most treasured big game animals depend on the secure habitat and migration corridors that are provided by public land. Many sport fish species depend on cool, clean waters that originate on public lands.”

That letter alone won’t be good enough to convince the candidates running for the House and Senate in your state that it is, indeed, a voting issue for sportsmen. Over the next six weeks many sportsmen will get the chance to attend a campaign event—from a whistle-stop tour to a “town hall” type meeting. It’s in your interest to show up and ask that one question: “Do you pledge that national public lands will remain under federal management? Yes or no?”

And if the candidate tries to tap dance around an answer by claiming the question is being asked by “environmental extremists,” you can point out that these are some of the “radical” groups who demand to know his or her position: