Sportsmen Owe the Bundys a Thank You

As the last of the armed occupiers left the Malheur Wildlife Refuge in Oregon this week, many of their supporters... 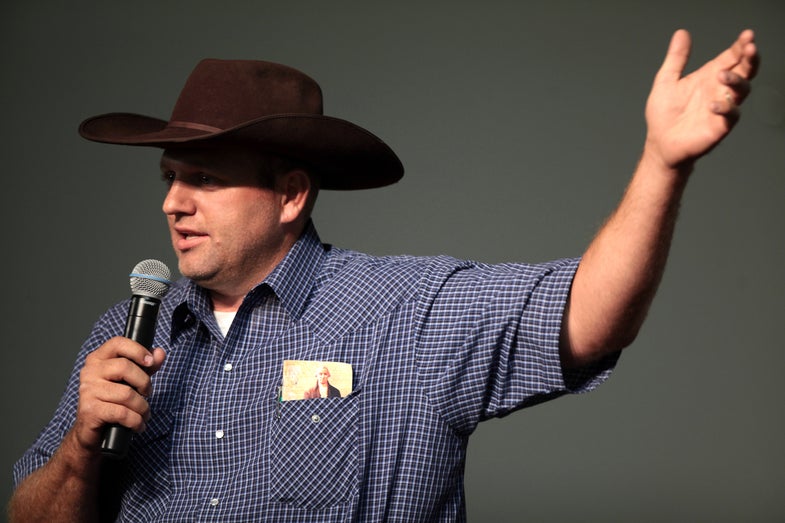 As the last of the armed occupiers left the Malheur Wildlife Refuge in Oregon this week, many of their supporters said the fight would go on. And that’s the biggest lesson to be learned from this crisis for sportsmen—and all Americans who understand the importance of the public lands we own. We’re in a long-term fight.

If anything, we should thank the Bundy Family and the other misguided souls who mounted armed insurrection (also known as sedition) against our nation. Their outrageous acts uncovered just how deep support for their goals is anchored in a dangerous quarter: elected officials who are in a position to steal our property.

That fact hasn’t been lost on Land Tawney, executive director of Backcountry Hunters and Anglers. “Now that the Bundys are in jail, it’s time to focus more on the politicians and fat cat industry executives bent on stealing our public lands,” said Tawney. “Those are the ones we should really go after.

“These are the people licking their chops, looking at ways to steal our public lands so they can exploit them for their own profit. That’s the danger this really exposed.”

Those industries include the usual suspects—oil, gas coal, timber, big agriculture—that typically spend tens of millions annually trying weaken the environmental regulations that protect wildlife habitat on public lands and waters. They also pour millions into the campaigns of politicians we elect to protect our property.

Tawny said sportsmen across the nation need to look at the positions their own politicians have taken on the issue of selling off public property. “Jenifer Fielder, a state senator in Montana—a state with an important and thriving outdoor recreation industry that depends on public lands—was just appointed CEO of the American Lands Council,” Tawney pointed out.

That Utah group makes no bones about its mission, declaring on its Web site its No. 1 goal “the timely transfer of federal public lands to willing states for local control…”

I’m not sure how many hunters and anglers in Montana know this is where Fielder stands on taking away the national lands they depend on for their traditions. But I do know sportsmen across the nation need to contact their elected officials soon and ask their position on the proposal to sell off public lands.

It’s not hyperbole to say this is an existential issue for outdoors folks—because it means the very existence of the outdoors.