Photograph courtesy of Jim Brickett/Flickr Say these two words: Clean water. Did a shiver of fear just run down your... 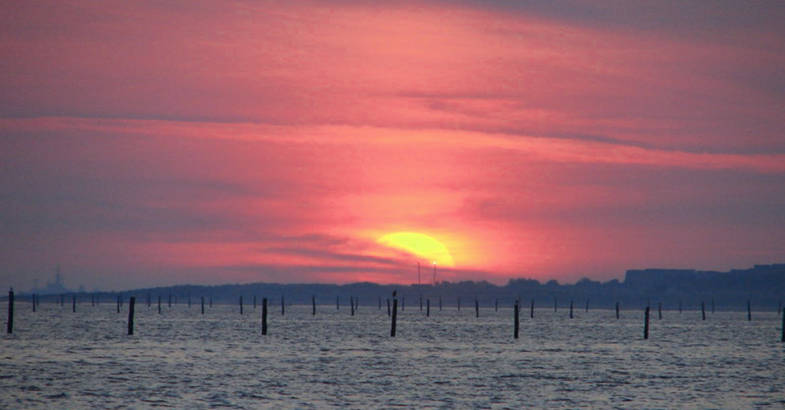 Did a shiver of fear just run down your spine? Did you see the end of economic expansion in your state, the loss of millions of jobs, the collapse of private property rights and a federal government taking over everything you hold dear?

Yet many industries—and the politicians they support—have made “clean water” the two most terrifying words in the English language (besides climate change).

That’s why they have successfully petitioned a U.S. District Court to delay implementation on the new wetlands guidance under the Clean Water Act.

I bring this up because some industries and the politicians they support are still trying to derail the regulation and laws that once helped America become the land of the clean water—at the same time that it was also home of the world’s largest economy.

You may remember that just four months ago the EPA ended 10 years of regulatory uncertainty and wetlands loss by issuing a new rule in which the Clean Water Act could protect wetlands. This action was required by Supreme Court rulings back in the 1980s that stripped protections from about 20 millions acres of isolated, temporary wetlands and thousands of miles of streamsides. The court didn’t say these areas should not be protected, only that developers and others were correct in claiming the 1972 CWA did not automatically extend those protections to these specific habitats.

Sportsmen and other conservationists were appalled because the wetlands now threatened included the most important waterfowl breeding grounds on the continent, and many of the nation’s prime cold-water trout streams. A solution seemed simple: Congress should pass a law specifically protecting these wetlands. After all, the economy had buzzed along quite nicely while these wetlands were sheltered from dredge and drain pipe.

But some development and farming groups gradually got a stranglehold on the House, allowing wetlands to be lost and regulation confusion to rule the day. That seemed to end when, finally, the Obama Administration crafted a new definition based on a review of all science stipulating which wetlands fit the law.

It wasn’t a total win for conservation. While it returned protection to some important habitat, it still left more acres unprotected than had prospered under the old definition.

Well, the entrenched interests in Congress howled as if the very fabric of democracy and the American way of life was under attack. This statement from Sen. Bill Cassidy (R-LA) is a perfect example:

“…Louisiana is experiencing significant economic growth, growth that is bringing jobs to those Americans who have had the hardest time finding jobs with this recent poorly performing economy. This progress will be negatively affected as a result of this rule…”

Of course, Cassidy provided no evidence. Nor did Karen Harned, of the National Federation of Independent Business, when she cheered the appeals court decision by saying that “Small businesses everywhere this morning are breathing a sigh of relief.”

Actually, a valid poll showed that 80 percent of small businesses support clean water regulation. Indeed, many hundreds of such businesses depend on healthy wetlands for the quality outdoors sports that provide their livings—and their employees their salaries.

And the pushback isn’t against this one clean-water regulation. Some of the same interests—and their same allies in Congress—are asking the Supreme Court to stop the cleanup of Chesapeake Bay!

All of which means it’s time for sportsmen to repeat what has been stressed in this space so many times before: Conservation isn’t an occasional fight—it’s an everyday battle.

Hunters and anglers need to stay atop of the news, and target their elected officials who are voting against the future of outdoors sports.

And if you want to get them really mad, just say two words: Clean water!