Are You a Natural Shot?

Many years ago my dad, who had little interest in clay targets, threw my first bird for me. I broke... 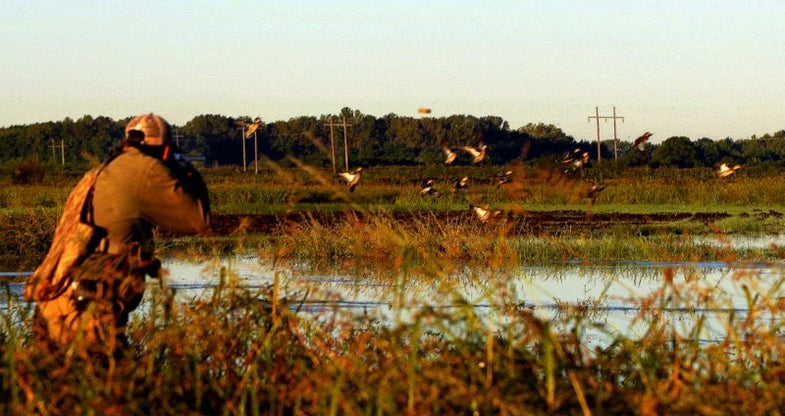 Many years ago my dad, who had little interest in clay targets, threw my first bird for me. I broke it with the single-shot Beretta .410 we had back then. Dad pronounced me a natural shot and that was the end of my shooting lessons.

He could not have been more wrong about my shooting ability. I do pretty well in the field after a lot of coaching and a lot of shooting and hunting, but a natural I was not. I am lucky to have no eye-dominance problems and that my build is such that I can shoot about any gun fairly well, but that’s the end of my “natural” gifts. My eye-hand coordination is average. I am below average when it comes to staying focused mentally, which is more of a problem on the range than in the field.

By and large I don’t believe people are natural shots. Shotgun shooting is an athletic skill that you can learn. Some people have the mental and physical gifts to take it to a high level, but the keys to becoming a good shot are learning sound fundamentals and reinforcing them with lots of practice, just as in any other sport.

That’s what I believe, but every once in a while I run into someone who just seems born to shoot shotguns.

A couple of examples …

My friend Dan has always been a good shot. About 15 years ago he shot in a sporting clays league at a local club pretty seriously for a couple of summers but he hasn’t shot much since then and he spends more time bowhunting than bird hunting these days. About once a year he’ll come out and shoot sporting clays with me. He always says the same thing: “Gee, I don’t know how I’ll do today. I haven’t shot in a year.” He then proceeds not only to shoot a great score, but to break targets with a speed I find demoralizing. This year I brought Dan to a charity sporting clays tournament. He won it. He is either a natural shot or a natural sandbagger. I am betting on the former.

Last September I shot a dove roost with guide Tony Vandemore (pictured above). In a short time I noticed that every time Vandemore’s gun went off, a dove fell. This was hard shooting, with doves zooming at us from several directions on a gray, rainy evening at the very end of shooting time. Tony made it look easy while I was busy making it look difficult.

Most really good field shots I know are target shooters who love to hunt. Vandemore is no clay target shooter. But, he was drafted out of college by the San Diego Padres. Anyone who can hit a baseball has more than enough eye-hand coordination to hit a bird with a shotgun. Vandemore could always shoot, his friends tell me, but now he gets plenty of practice, too: he starts with doves on September 1 and hunts almost every day through the end of spring snow geese in April. That’s how you become a natural shot without busting clay.