David E. Petzal answers your questions about guns, shooting, hunting, and life. What is the best gun-related movie scene ever?... 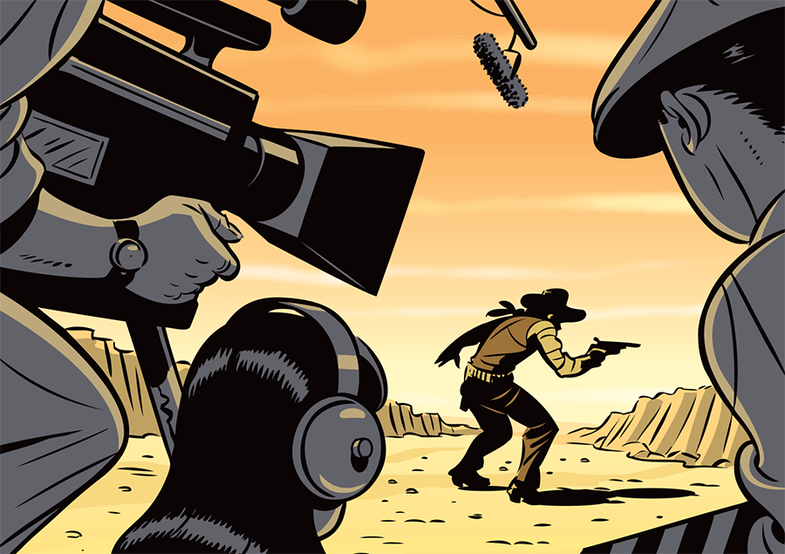 What is the best gun-related movie scene ever? The worst?
—Dan Aldridge, Albany, N.Y.
A: The best scene is the one in The Magnificent Seven where Britt (James Coburn) shoots a rider off a galloping horse with a Peacemaker at something like 800 yards, and when Chico (Horst Buchholz) says, “That was the greatest shot I’ve ever seen!” Coburn says, “The worst. I was aiming at the horse.”

The worst? Probably the scene in Quigley Down Under where Quigley (Tom Selleck) takes his Sharps .50 and, after an elaborate ritual involving doping the wind and adjusting his Vernier sight, shoots a bucket way off on the horizon…offhand. Give me a break. And Selleck is, in real life, a serious hunter and devoted gun nut. Shame on him.

Q: I’m thinking about paying a little extra money for a scope that has parallax adjustment, but I’m not sure if I really need that feature. Do I?
—Joseph Gilbert, Alton, Mo.
A: If you’re not going to shoot at distances much over 300 yards, or at creatures smaller than coyotes, you don’t need parallax adjustment. There will be a little bit of aiming error, but not enough to make any difference, and it’s one less thing you have to worry about.

Q: I’ve heard that .357 magnum rounds don’t perform well on game through a rifle. Can you recommend one for hunting whitetails with a lever-action carbine?
—Gene Stegall, Waynesboro, Tenn.
A: Stick to heavier-weight (158- to 180-grain), jacketed bullets and .357 magnum ammo will do fine in your carbine. Try Hornady’s LeverEvolution. I’ve never heard of it giving anyone problems. It has been a dietary staple of my .45/70 Marlin 1895 Guide Gun and has performed strictly as it’s supposed to.

Q: I need a really good machete for clearing brush. What do you suggest?
—Ryan Peterson, Ontario
A: For something truly fine, go to ­arizona​­customknives.com on a regular basis and wait till a machete pops up. It is bound to be a doozer and will cost accordingly. If you’d like something less grand, the Woodsman’s Pal Pro Tool Bolo Machete is a very good one for $149, and there is the Bark River Golok Machete for $280 (both at the​machete​store.com). Have fun.

Q: If you had to whittle your ­rifle collection down to one gun, what would it be?
—Jack Davis, Rutland, Vt.
A: This is very odd, but I had a premonition I was going to be asked that very question. I’d have to keep my Montana Rifle .270. This is based partly upon the gun itself, which is unstoppable and unchangingly accurate, and partly on the caliber, which is probably the best big-game cartridge going (unless bears are on the menu) for North America and can handle a great deal elsewhere in the bargain.

Q: How long can I safely store ammunition, and what are the best conditions for storage?
—Ronn Greek, via e-mail
A: If you store modern ammo under cool, dry conditions, its shelf life is practically unlimited. Shoot for a fairly consistent 50 degrees and 50 percent humidity, although there’s some latitude on either side, and you should get 50 years at least.

Got a question for our Rifles editor? Send it to askpetzal@fieldandstream.com. We cannot guarantee polite answers to all questions