Q: You are clearly an educated man. What university did you attend? Your major? Most rewarding class? —Dennis Feely, Valparaiso,... 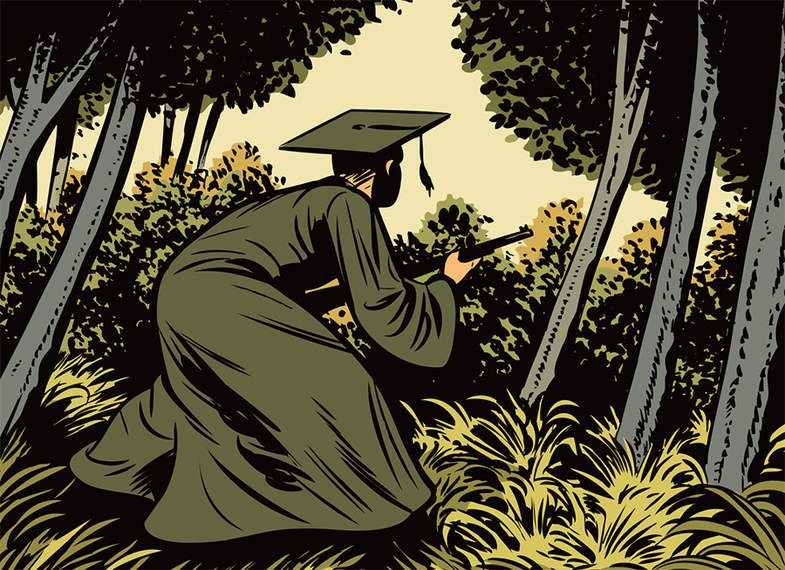 Q: You are clearly an educated man. What university did you attend? Your major? Most rewarding class?
—Dennis Feely, Valparaiso, Neb

A: I am a graduate of Colgate University, where I was an English major. The most rewarding thing I did there was take as many courses as I possibly could (mostly Shakespeare) from a professor named Jonathan Kistler, who was a wizard, a magician, and a life changer. He could make you hear the music in words. On the 50th anniversary of my graduation, I visited his grave and thanked him.

Q: May I poke you on Facebook?
—Joel Jameson, Carmel, Ind.

A: You may not poke me anywhere, unless you would like a nice punch in the spleen by way of thanks. I am not on Facebook. I detest Facebook. I agree with Betty White who, when asked about Facebook, said, “I can’t imagine a bigger waste of time.”

A: I’ve been on poorly run hunts where everyone suffered a lot with nothing to show for it, but those didn’t really bother me. The worst hunting experiences, and there have been several, involved animals that were shot badly and suffered for days before they could be tracked down and killed. None of them were mine, thank God.

A: Lacking the fast-twitch muscles needed for a lightning draw, I’ve never competed in it, but I think the sport is a fine idea and one that gives you an excuse to buy lots of expensive stuff and dress up. Cowboy action shooting, however, bears absolutely no resemblance to what went on in the Old West. For a description of that, get a copy of The Shootist, by Glendon Swarthout. Mr. Swarthout did not know s – – t about guns, but he sure got the rest of it right.

Q: The Northeast deer hunters I grew up with split into two camps: those whose rifles shot .35 Remington, and .30/30 owners who wished they had .35s. Which camp would you be in?
—Michael A. Green, Beaufort, S.C.

A: I’ve always thought the .35 Remington is the better cartridge; it shoots heavier bullets and packs more steam generally than the .30/30. And I’ve always thought that the Marlin lever guns that chambered the .35 were far better than the Model 94. Less machinery, better triggers, easier to scope, and a lot more accurate.

A: “Mighty Petzal.” Has a nice ring to it. I think that a lot of Savage rifles are pretty crude, that the pricier ones are really hot stuff, and that all are very good values. Savage target, varmint, and tactical rifles are about as good as anything you can get for those purposes. As for the 7mm/08, it is one of the best big-game loads you can lay hands on. I owned one for years and never had to shoot twice at anything. The daughter of a friend of mine took one to Africa and nailed 12 animals with 12 shots.

Got a question for our Rifles editor? Send it to ­askpetzal@fieldandstream.com. We cannot guarantee polite answers to all questions.