Illustration by Mark Matcho David E. Petzal answers your questions about guns, shooting, hunting, and life. Got a question for... 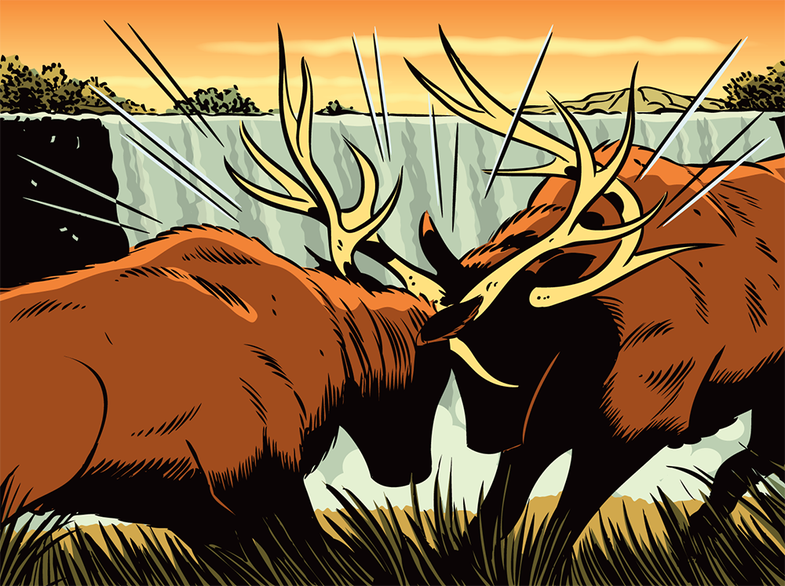 David E. Petzal answers your questions about guns, shooting, hunting, and life. Got a question for our rifles editor? Send it to ­askpetzal@fieldandstream.com. We cannot guarantee polite answers to all questions.

Q: In all your days of hunting and shooting, what is the single most sublime thing you’ve seen or experienced? —Dan Bellamy, Concord, N.H.

Q: Is the .325 WSM an effective elk round up to 500 yards, assuming the shooter is practiced and capable? —Karl W. Blanchard Jr., Joplin, Mo.

A: Do you mean will it kill an elk quickly at 500 yards? Of course. Would it be my first choice for a 500-yard elk rifle? Nope. I can’t think of any first-rate, aerodynamic 8mm bullets that are available for it, which is a major consideration at that kind of yardage. There are, on the other hand, lots of them in .338.

Q: Will the AR-15 one day be seen as a classic, like the Winchester Model 12 is today? What other modern guns will be tomorrow’s classics? —Ben Porath, Omaha, Neb.

A: That’s a tough one. A Model 12 is a Model 12, no matter what you do to it, but the ARs are shape-­shifters—all alike, and yet all unlike one another. One that may emerge as a classic is the Steyr AUG, which is not popular but is the first genuinely successful bullpup, a type of rifle that we are going to see much more of. Among more conventional rifles, I think the Thompson/Center Dimension will someday get the recognition it deserves. The rifle can shoot 12 different cartridges and looks 21st-century to boot.

Q: What is the best set of knives and saws for gutting and butchering deer? —Daniel Rauenhorst, Shoreview, Minn.

A: The best that I’ve seen and used is Knives of Alaska’s Super Pro Pack Combo Set with a bone saw. (It’s also available with a wood saw, but you want bone.) It contains three knives, the saw, and a hatchet, and it can disassemble anything from a moose to a mouse. The steel is all D2, and the real-world price is around $260. If this is more than you want or need, Knives of Alaska makes around a dozen other combination sets that are less inclusive and less expensive.

A: I have yet to see the scintilla of an iota’s worth of difference between the two types of bullets in this regard. Copper fouling only harms barrels if you let it build up. Scrub those bores, and it will not affect anything.

Q: If Aldo Leopold saw the state of hunting and hunters today, would he be proud or dismayed? —Rick Ellery, Greenville, S.C.

A: I think that Aldo Leopold would be pleased by hunter education and the effect that it has had. I think he would be dismayed by the amount of gadgetry that has made its way into the sport. Like the outdoorsmen of his generation, he was a minimalist, and we have gone very far in the opposite direction.