Ask Phil: How to Carry an Upland Gun

Photo courtesy Torrey Wiley/Flickr When walking in to flush a bird a pointer has pinned down, what is the best... 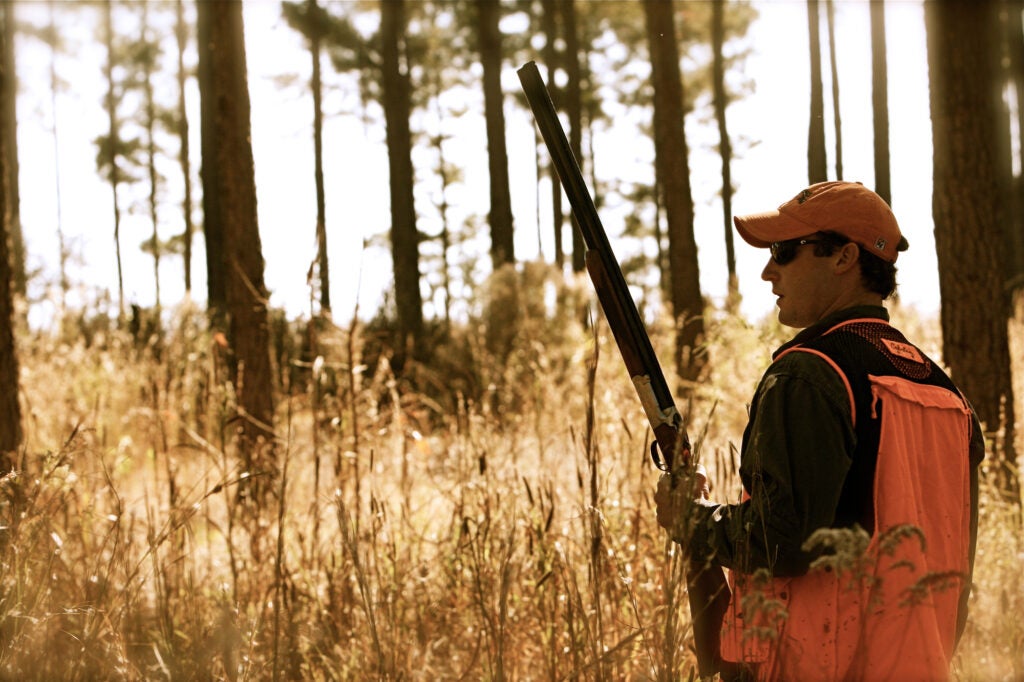 When walking in to flush a bird a pointer has pinned down, what is the best way to carry the shotgun for a fast gun mount when the bird flushes? —Alan Davy

When I walk in on a point, I hold the gun’s muzzle just above horizontal, with the butt loosely under my arm. I keep my eyes up and looking out ahead, not down in the grass in front of the dog’s nose.

At the flush, I take a short step toward the bird with my front foot; make a smooth, deliberate mount; and squeeze the trigger. You have more time than you think when a bird flushes in front of a dog, even in heavy cover. In that position, there’s no need to be fast when a bird goes up; quick-drawing a shotgun leads to misses, cripples, or birds shot up too badly for you to eat. Another good reason to take your time is to ensure the dog isn’t jumping up to catch a bird or running under it if it’s not steady to wing.

On the topic of dogs, the best way to carry a shotgun as you walk in on a point is one that doesn’t endanger them. A few years ago, I hunted grouse with a former Marine who had never hunted birds before. He carried a shotgun the way he’d been trained to carry a rifle, with it against his chest, muzzle pointed toward the ground. After the first time I saw him sweep someone’s dog with his muzzle, I took him aside and suggested that he carry the gun with the muzzle pointed in the air, lest he wind up with a dead dog and an angry owner on his hands.

Although I carry my gun slightly north when I walk in on my own dog’s points, if another hunter asks me to carry my gun at high port arms because he’s worried I’ll shoot his dog, I don’t argue. However, when the bird flushes, my first move is to bring the gun into that ready position, then make the shot.