How You Can Help the Army Pick a New Handgun

According to CNN Money, the Army begins its search for a new handgun in January, looking for a replacement for... 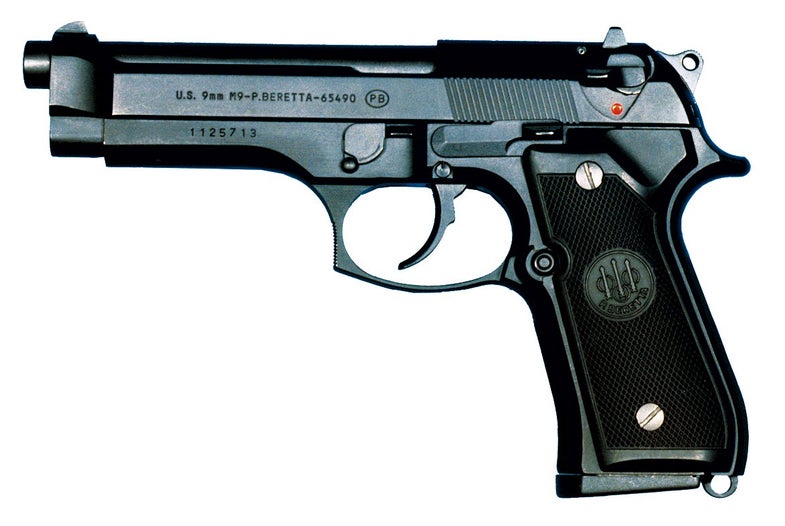 According to CNN Money, the Army begins its search for a new handgun in January, looking for a replacement for the undistinguished Beretta M9.

Because this blog may be monitored by the government, I thought it would be nice if we all came up with our nominations for an M9 replacement and maybe someone deep in the guts of the decision-making process would read them. If you think a minute, it’s practically our patriotic duty. Who knows more than we do? When you look at some of the equipment that’s been foisted on the American serviceperson over the years, how could you and I do any worse? So, I shall begin with my nomination, which is:

The Colt Model 1911. This relic of bygone wars is not only one of the very few handguns to achieve iconic status, but is probably the iconic handgun if you take into account the number of 1911s in service, its number of years in service, the number of companies still making it, the 1911’s reliability, and the fact that all the bugs were worked out of it back when automobiles were started by cranking them.

The objections to the 1911 are as follows:

It kicks too hard. No, it doesn’t. If you want to shoot something that kicks hard, try a .44 magnum. With good instruction, just about anyone can master a standard-weight .45 ACP.

It only holds 8 rounds instead of 17. So what? Spray and pray is not a combat tactic. For 74 years, no one seemed disturbed about its magazine capacity.

It’s heavy. The average combat load ranges from 50 pounds to well over 100 pounds. Why worry because one handgun weighs a few more ounces than another handgun?

The .45 ACP round is not in the NATO small arms inventory. When was the last time any NATO country was involved in a war in any meaningful way? Why should what they use or don’t use be a concern of ours?

It’s not double-action. This ain’t Dodge City, 1870. How often is a fast draw and shoot a factor in modern combat?

Its grip is too big for small hands. The M9’s grip is even bigger, and we seem to have lived with that since 1985.

It’s…well…it used to be our issue sidearm. So what? The shoulder boards used to denote officers’ rank on the new blue class A uniform were used in the Civil War. The Drill Sergeants’/DI’s Smokey Bear hat was resurrected from World War One. Our Kevlar helmet is a modified version of the German coal-scuttle helmet from that same conflict.

We have no aversion to using old stuff if it works. Now is the time for the Army to admit that it had the best military sidearm ever made and dropped it in favor of something newer and less effective. Be men about it. Or can I say that any more?