I was made aware of the importance of picking the right bullet when I was 10 years old, courtesy of... 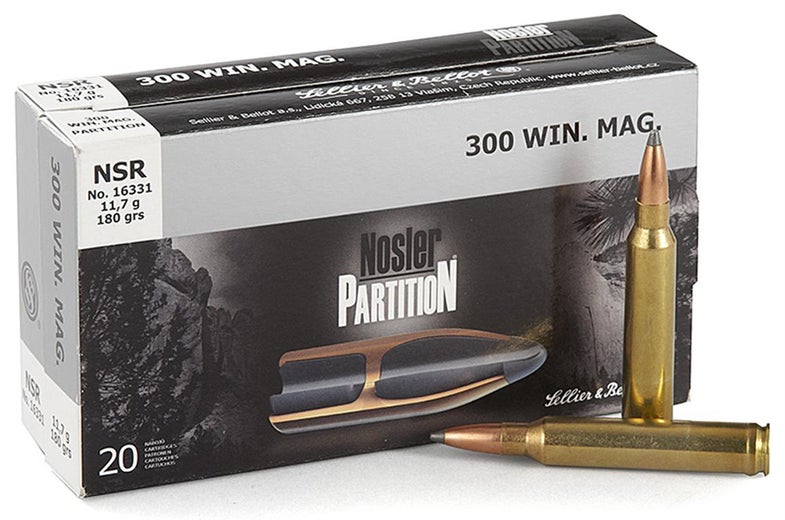 I was made aware of the importance of picking the right bullet when I was 10 years old, courtesy of a book titled “Killers in Africa,” which also gave me a permanent case of the Africa Itch. It was written by Alexander Lake, a PH who was active in the 1930s, 40s, and 50s, and who carried a .303 SMLE for everything. Lake used long, slow-moving 215-grain bullets, both soft-point and full patch (FMJ), and was crazed on the subject of not using one in place of the other.

In particular, he claimed that if an elephant charged you with his mouth open and you shot him in the roof of the mouth with a soft-point, poor old Dumbo would go down in a thundering heap. However, Lake warned, if you tried the same shot with a solid, you would be pounded into a putrid pulp by the pissed-off pachyderm. This made a deep impression on my 10-year-old psyche, and so far I’ve avoided making that mistake.

(Happy Myles: Have you ever heard of the brain shot through the roof of the mouth? I’ve seen it mentioned nowhere else.)

I began hunting for real in the Era of Rotten Bullets. Most were, indeed, pretty lousy. A few were reasonably reliable and only one, the Nosler Partition, could be counted on to both expand and penetrate every time at every range. The first time I went to Africa I used the old screw-machine 160-grain 7mm Partitions, and recovered something like a dozen. All weighed within a few grains of each other.

I saw bullets blow up and fail to expand. Over time, I came to believe that the bullet which expanded poorly, or not at all, was probably a better bet than one that blew up because, whatever you shot with a tough slug would eventually drop, whereas the poor creature could live and suffer for a long, long time with a flesh wound from a bullet that blew up.

Nosler’s first real competition, and the beginning of the hunting bullet revolution, came about in the late 1960s courtesy of a fellow named Bill Steiger, who founded Bitterroot Bonded Core Bullets. Steiger used thick, pure-copper jackets, which he soldered (by hand) to soft lead cores. When they hit, the copper and lead flowed into a wad instead of shattering and the bullet retained almost all its weight, which was undreamed of at the time.

Steiger sold his slugs in glassine-paper envelopes of 10 for whopping amounts of money. They were not very accurate, but they produced a huge wound channel, every time, and gave all the penetration you could want. I learned about them from John Wootters, who had used them in Africa and said Bitterroots were sensational, so I got a package, but was afraid to shoot something of such value. I carried them around as good luck charms for a while and then traded them to Bob Brister for a gold Rolex, or a Perazzi, or something like that.

Today we have tough bullets that are far better than Bitterroots, especially in the accuracy department. They retain nearly all of their mass, expand with 100 percent reliability, and would probably bring you a glass of warm gin with a human hair on top if you asked for one.

Here’s a list of my favorites. Choose one and your bullet worries are over. You’ll have to lay out some money for them, but so what?

Swift A-Frame: Not aerodynamic, and therefore not for long range, but for big, tough game, the best thing I’ve used and the number-one choice for Africa. I’ve been told that A-Frames are not as accurate as other slugs. B.S.

Nosler Partition: What can I add? For 25 years Warren Page did all his serious hunting with Partitions, and they work even better now.

Barnes X-Bullets: For toughness and penetration, probably the only serious rival to the Swift A-Frame.

Trophy Bonded Bear Claw: A sort of cross between an all-copper bullet and a lead-core slug, since the shank is solid gilding metal. Works great.

Hornady Interbond: Very much like the Swift Scirocco in its virtues and capabilities. Reasonably priced for what you get, although I don’t hold this against them.