One of the perennial arguments among hunters is, do you want a bullet that holds together and passes completely through... 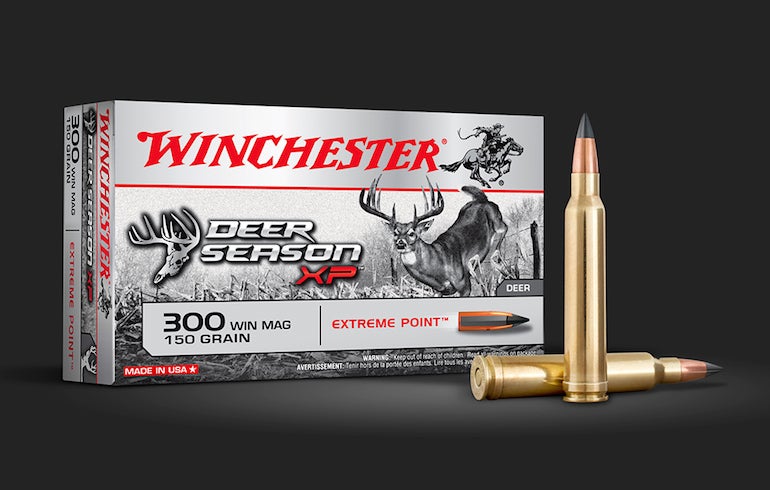 One of the perennial arguments among hunters is, do you want a bullet that holds together and passes completely through the animal or do you want a slug that comes apart violently and does not exit the far side? In the first case, you can break bones if you have to, and you get a blood trail from the exit wound. In the second case, you get massive tissue destruction, just enough penetration to do the job and the transfer of all the bullet energy to the unfortunate beast.

Both bullet types work. I’ve used quick-expanders and controlled expanders and had good results with both, as long as my shooting was up to snuff. Used properly, both are fine.

Now, Winchester has introduced a bullet that will make the quick-expander camp ecstatic by designing a new dedicated deer bullet that is a quick expander through and through. It’s called Deer Season XP, and I gave it a thorough tryout last fall. What’s most different about the Deer Season XP slug is a jumbo-sized polymer tip that is going to get this sucker down to business the millisecond it makes contact. The jacket is thin and the core, I gather, is pretty soft. Winchester’s rationale is that deer are generally small, light-boned, and fragile, so why use (and pay for) a bullet that’s designed for animals that are large, tough, heavy-hided, and heavy boned?

When I tried them out on the Ballistic Buffalo, the Deer Season XPs performed to script, except not as violently as I thought they would. Penetration was quite good, with a silver-dollar-sized hole starting immediately and going through innertube rubber, wet plywood, and wet newsprint with aplomb. The bullets came completely apart. All I was able to recover were a couple of chunks of jacket metal.

A few weeks later, I took the short-barreled.30/06, a Bergara Mountain Rifle, hunting for real deer, and shot a sizeable buck (179 pounds on the checking station scale, which meant he went about 210 on the hoof) smack in the ribs at 15 yards. He showed no signs of being hit, but set off at a leisurely canter for perhaps 75 yards. Then he stopped, did the Funky Chicken for a few seconds and fell, never to rise again.

An autopsy revealed that the bullet had done just what Winchester said it would, expanding violently as soon as it struck the ribs on the near side, and going to pieces in the chest cavity, annihilating the lungs in the process, and never reaching the ribs on the far side.

(I did not expect the buck to drop in his tracks. Sometimes they do, sometimes they don’t. There is nothing made by the hand of man that can bring every animal down immediately, all the time. If every critter I have ever shot dropped inside 75 yards, my life would have been a lot easier).

I’ve saved what may be the best for last. The price for the new ammo, depending on caliber, is $20 to $24 per box, and that’s MSRP. Used within its limits, used as its maker intends, this is a fine new tool for deer hunters—very accurate, loaded right up to snuff, and devastating on impact. It’s not the thing for Cape buffalo, but then the box doesn’t say Cape Buffalo Season, does it?