Phil Bourjaily forwarded me a reader question that goes thus: “Why, mostly in Africa, do you see folks carrying rifles... 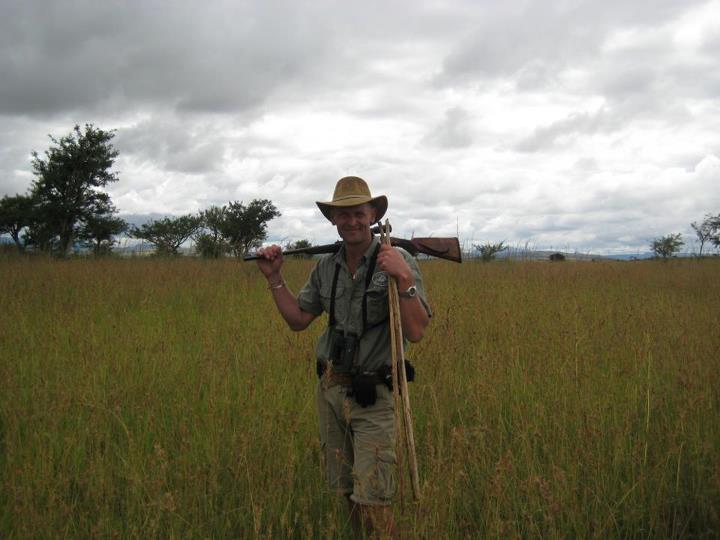 Phil Bourjaily forwarded me a reader question that goes thus: “Why, mostly in Africa, do you see folks carrying rifles up on their shoulders, holding them by the barrels? It looks like it might be unsafe as well as hard to get into action should a lion or some other beast jump out of the bush. It would also be very hard on the bluing on a rifle. Since it is highly doubtful I will ever get to Africa to find out the answer firsthand, I thought you might know the answer to this.”

Since I know the answers to all questions, I can handle these as well. It is quite true that PHs carry their rifles muzzle forward, hand on the barrel (or barrels, if they have a double, which few of them do). I’ve never seem them carry any other way, except for in the hand, or at what the Army calls Port Arms, when fun is imminent. They do this partly because of tradition. When they began hunting, probably as children, this is how the adults from whom they learned carried their rifles, and tradition is a very powerful thing. Tradition is why you see Austrian and German hunters carry their Drillings slung broken open, beneath their arms.

It is not unsafe because you can see where the muzzle is at all times and control the direction in which it points.

Contrary to how it may appear, carrying a rifle PH style is very handy if something does come out of the bush to enquire why you are annoying it. PHs never, ever use slings. They fear slings more than they do puff adders and vegans. The average PH uses a rifle with the same fluency and speed that a texting teenager uses a cell phone. It is third nature to them, and they can get that rifle off the shoulder and shoot faster than you can say, “Where are my spare pants?”

Bluing. Most PHs view their rifle the same way a mechanic views his wrench. Only a very, very few, from what I’ve seen, are gun nuts, or give any thought to their rifles except to be reasonably certain that they will go bang at the appropriate time. Very few of these rifles have any bluing left at all, or much finish on the stocks. If they are new, by the end of their first season of safaris, they will look like they are 50 years old.

A PH named John Knowles, who used to hunt with a .460 Weatherby, broke his stocks so frequently that he had his regular clients bring him extra stocks. When I hunted with him the Weatherby wood was held together with Land Rover door bolts and epoxy. When John crawled, he dragged the rifle through the sand, and I doubt if it would cycle 100 percent. This, however, added to the fun.