Why You Should Always Wear Shooting Glasses

Shooting glasses are a rule at most gun clubs, and a good idea at all of them. You should wear... 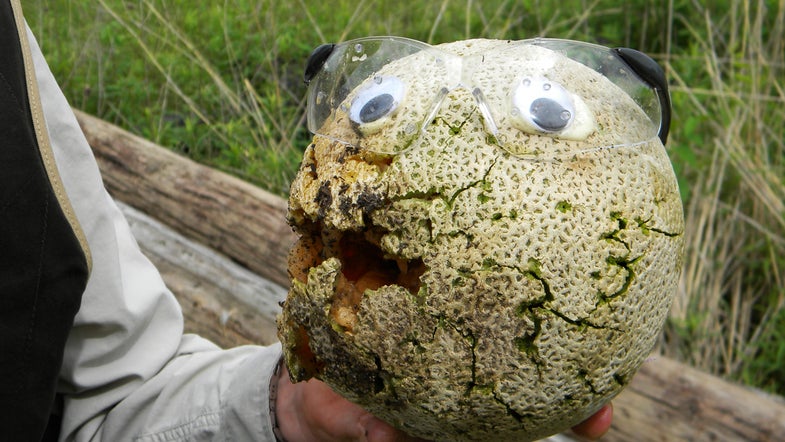 Shooting glasses are a rule at most gun clubs, and a good idea at all of them. You should wear them in the field as well. There’s no excuse not to, since even $15 safety glasses will withstand a direct hit from a target load at ten yards. I know this is true, because I’ve shot a few pairs over the years to see what would happen. Even at close range, 7½ pellets make only divots in the lenses. The rest of your head would be gone, but you would still be able to leave your eyes to medical science.

If shooting glasses will protect your eyes from 7½ at dueling range, they will obviously shield them from lesser dangers. For instance, lately I have been shooting the dirt-cheap, Chinese-made Stevens 320 pump, under editorial orders to put a bunch of rounds through it.* So last week, I took it to the sporting-clays course in place of my usual target gun. The Stevens is a right-handed gun, and I am a left-handed shooter, so the ejection port is a few inches from my nose. I was shooting some cheap factory ammo, which was performing pretty well in the cheap pump gun, when, about halfway through the course, I shot at the first target of a pair, pumped the action, and a cloud of powder and smoke blew out of the ejection port into my face. It probably looked like a less-violent version of what happens when Bugs Bunny sticks his finger into the muzzle of Elmer Fudd’s shotgun. I could feel little stings of burning powder bouncing off of my face, but my eyes were perfectly safe behind the tough lenses of my Randolph Rangers.

I have never had a factory load do that before, but it may very well happen again sometime. When it does, I will be wearing glasses, as you should be, too.

*_The Stevens 320 is basically a knock-off of the Winchester 1300/SXP that sells for about $250. I am trying to find something wrong with it, but so far haven’t been able to. In fact, it’s been great. The rotary bolt action keeps getting slicker the more I shoot it, and I hit really well with the gun, too. That depresses me, since I dislike cheap guns and keep hoping to find a reason to hate it._

Related: How to Choose the Right Tint for Shooting Glasses