Has your home water bumped above the 50-degree mark yet? If so, you can rest assured any crawfish that have... 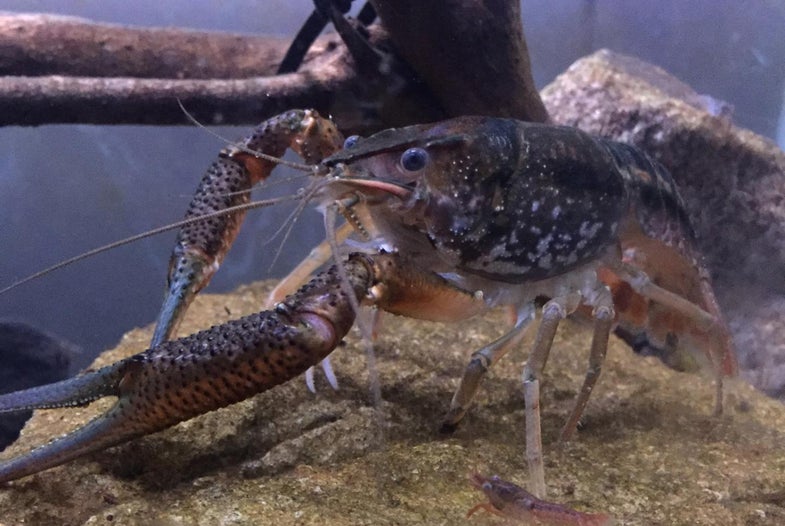 Has your home water bumped above the 50-degree mark yet? If so, you can rest assured any crawfish that have been lying dormant all winter are up and at them. It’s no secret that bass chow down on craws, but when it comes to choosing lures that match this exceptional forage, it pays to know a few things about crawfish behavior and coloring. The fact of the matter is, it’s very hard to match crawfish perfectly all the time, but these tidbits of crawfish wisdom may get you an extra bite or two this spring. 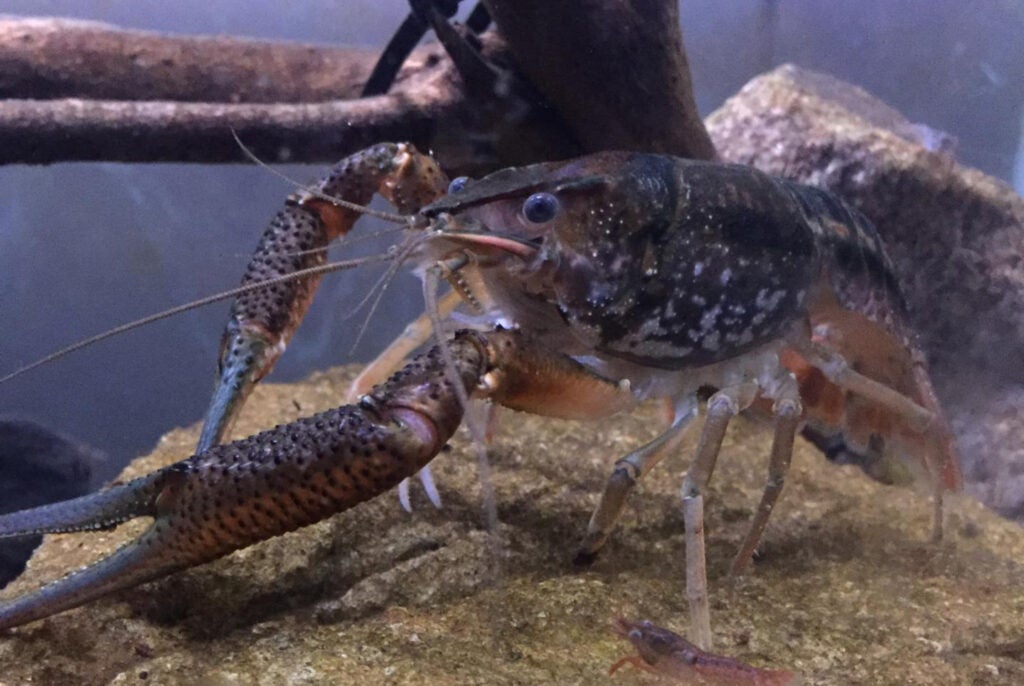 Male crawfish are generally larger, have bigger claws, and have smaller tails than the females. Does this matter to the bass and the angler? In some instances, yes. Some scientific evidence suggests—and I’ve also personally found—that baits with large pinchers get fewer bites. Large claws, however, can be a plus when trying to score a reluctant bedding bass, so it’s a good idea to drop a bait with large pinchers first, then follow up with a bait that has small ones. If I’m in a blind fishing situation where I can’t see my targets and how they react, I always opt for smaller claws. In terms of choosing colors, remember that there are sometimes multiple species of crawfish in the same body of water. Simultaneously, you’re dealing with different stages of the crawfish molting phases throughout the season, which also causes variances in shell color. And last but not least, crawfish are sort of like chameleons in that their shells have special light receptors that allow them to blend into their surroundings. Do they become an exact match of the bottom their hiding in? Not 100%, but they do camo-up pretty well.

With all this in mind, start a ritual this spring similar to one I’ve practiced for years. A guy I used to travel to tournaments with said I was like Russell Crowe in “Gladiator” before battle, except instead of picking up some dirt like Maximus, I would meticulously flip rocks by the launch ramp to find crawfish. I can’t count how many times the color and size of crawfish I found by the ramp clued me into what jig size and color I should tie on. I wonder to this day if it may have been placebo effect in some cases, but I still had more confidence in what I was using because of this ritual, and confidence is half the battle sometimes.