Believe it or not, I’ve never used an Uncle Josh pork frog or rind in freshwater. That’s mainly because I’m... 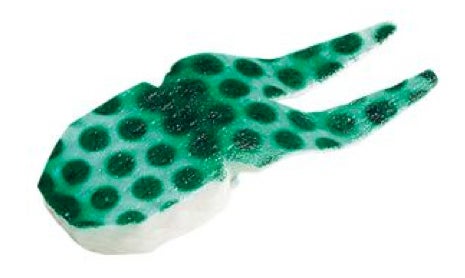 Believe it or not, I’ve never used an Uncle Josh pork frog or rind in freshwater. That’s mainly because I’m not a hardcore largemouth guy, but I fondly remember my first visit to the surf in Montauk, N.Y. Being naive about what works in those hallowed waters, I showed up with a tackle bag brimming with fancy wooden plugs, metals, and soft-plastic swimbaits. It’s not that those baits don’t work, but it turns out I was overthinking it. Every surfcaster at the Point that day was firing a plain white bucktail paired with a yellow or red Uncle Josh pork rind. Off I went to the local tackle shop to grab a jar, and for the rest of my visit, I smashed stripers on the simple combo. My good friend Jim Fee from On The Water is a bigger surf rat than I’ve ever been, and certainly understands the power of the rind. In fact, he just wrote a terrific (and very interesting) history of how these pork products came to be. But here’s the unsettling part…they will be no more. That’s right, save whatever skins you have left, because a 93-year run is over.

From the story:
Unfortunately, in mid-December of this year, word began circulating that Uncle Josh would no longer be producing pork rind baits. The issue, explained a company representative, is that Uncle Josh has been unable to get the quality fatback they need to produce durable pork baits. These days, pigs are brought to slaughter at 6 months old, rather than 2 to 3 years old, which means the skin and fatback are thinner and no longer suitable for fishing baits. There is still Uncle josh available for purchase on their website, and at tackle retailers throughout the Northeast. Once it’s gone, it’s gone. Just be sure not to let your remaining pork rinds dry out on the hook.

Here’s a link to the entire article, which I highly recommend you read.