How badly did anglers Ronnie Eunice and Brandon Smith want to win a measly $305 grand prize in a local... 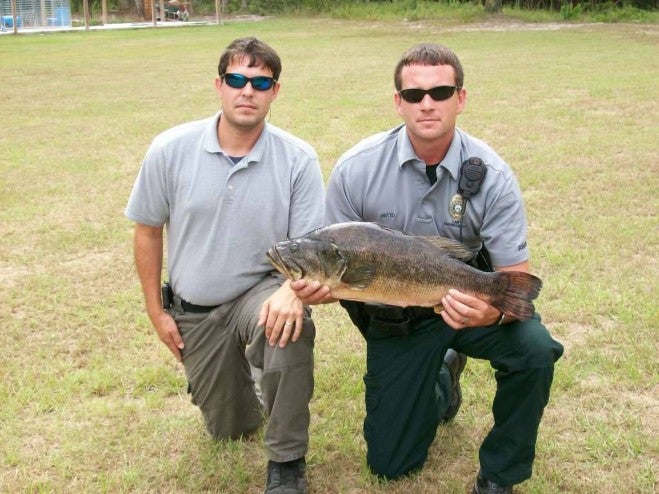 How badly did anglers Ronnie Eunice and Brandon Smith want to win a measly $305 grand prize in a local bass tourney? Bad enough to buy the winning fish from two recreational anglers. According to this post on Wired2fish.com, Eunice and Smith were approached during the tournament on Georgia’s Banks Lake by Dustin Miller and Sarah Demott, who were out for a day of fun fishing. The couple had just boated a really big bass and asked the two tournament anglers if they could borrow their scale to weigh it. Here’s where things go awry. Apparently, when Eunice and Brandon read the weight at 11 1/2 pounds, out came their wallets.

_The tournament ended and Eunice and Smith weighed the fish as their own. They won first place and the big bass pot for a grand prize of $305.00, according to reports from the tournament director. _

After an investigation by the Georgia Department of Natural Resources Law Enforcement Division all parties were issued citations for illegal buying and selling of game fish. The angler who actually caught the big bass, Dustin Miller, was given an additional ticket for fishing without a license.

By the time officers from the Georgia Department of Natural Resources Law Enforcement Division confiscated the bass, it was dead as a door nail.