If You Ever Get The Chance To Electro-Fish Your Home Waters, Don’t Miss Out

Earlier this summer I stumbled into one of the most unique and eye-opening experiences I’ve ever had on the water.... 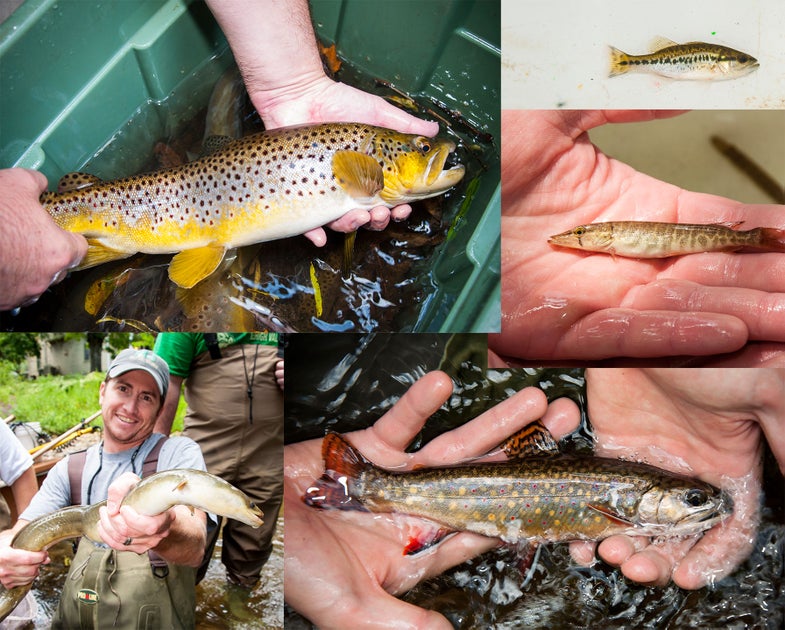 Earlier this summer I stumbled into one of the most unique and eye-opening experiences I’ve ever had on the water. To make a long story short, Jim Holland, owner of Shannon’s Fly & Tackle Shop in Califon, NJ, found out that I was working on a story about Jersey trout. Holland is highly active in area conservation groups and mentioned that he might be able to arrange for me to tag along on an electro-fishing study to count and measure wild trout in the South Branch of the Raritan River. I fish the South Branch for trout more than any other local river, and have been wading around in it since I was tall enough to wear hip boots. I’ve always felt like I’ve known it well considering through the years I have wet a line in almost every eddy, riffle, and hole from the headwaters to its confluence with the North Branch. After shocking a meager 300 meters of the river with Holland, state fisheries biologist Shawn Crouse, and a group of volunteers, I learned more about the South Branch in one day than I have fishing it for the last 19 years. 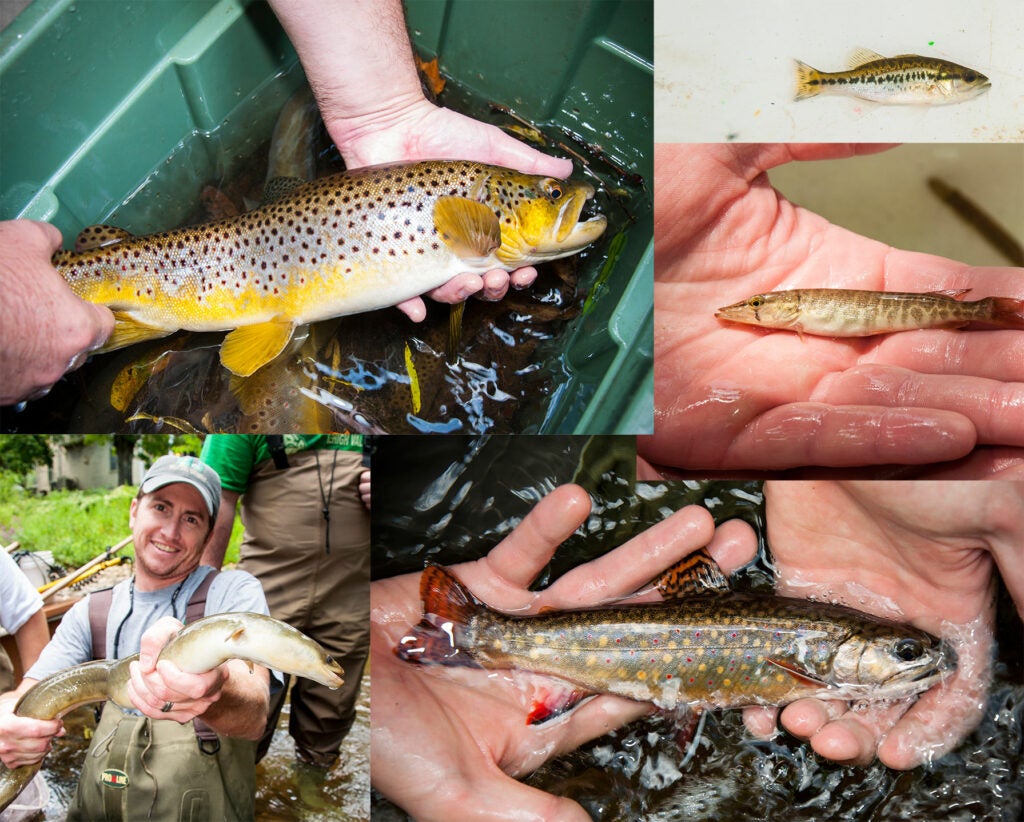 As Jim put it, a shock study is the “ultimate science experiment.” He was spot on. What I didn’t realize ahead of time was the crew collects every fish that gets temporarily stunned, not just the trout. For consistency, only 150-meter stretches are shocked at a time, and I was utterly blown away by the amount of life collected in such a small piece of water. I could probably write 10,000 words about all the new things I discovered thanks to observing, but I’ll just stick to some of the key lessons.

There Are Lots Of Wild Trout: I’ve know pretty much my whole life that wild populations of brooks, browns, and even a few rainbows existed in the South Branch. Over the years I’ve caught a bunch, but mostly as essentially by-catch while fishing for stockers. In the first 150-meter stretch, the team sunk nets around 7 wild brookies and 49 wild browns, 5 of which were classified as young of the year. This was a much higher count than I expected given that the stretch of water was nothing special, for lack of a better way to put it. In the next stretch a few miles up river, over 200 wild trout were counted and released, and it left me speechless.

There Are Big Wild Trout: On average, a wild trout in Jersey is going to measure 10 inches or less. I’ve always heard that they grow bigger, but I never expected to see a wild 20-inch brown. At first I was skeptical about it being wild, but Crouse explained that the markings did not jive with the look of a hatchery fish. I agreed with that, and also have never seen such color, perfect fins, or distinct hook jaw on a stocker. This trout (top left above), was every bit as gorgeous as a wild Upper Delaware River fish.

It’s All About The Sculpins: In the first stretch of river that turned up fewer trout, not a single slimy sculpin was netted. In the second stretch—the one with the 20-inch brown—the guys ended up with a whole bucket full of sculpins. According to Crouse, these tiny rock dwellers are very fragile and sensitive to water conditions. A strong sculpin population is the best tip-off that the stream is in ideal health and balance for rearing wild trout.

Beware Of The Eels: Where we were shocking is long way from Raritan Bay and the Atlantic beyond. I knew there were migratory American eels in the river, though I was unaware that they traveled as far up as our location, and I had no idea that grew to beastly proportions. Twice throughout the day, eels measuring 2 feet or better wound up in the dip nets. If I was sloshing through the skinny water up there and one busted out from under a rock, you’d hear me squeal from a mile away. I’m not a big fan of eels.

If you ever get the chance to observe or partake in an electro-fishing study, especially on your home waters, don’t pass it up. And by the way, most of the guys in the party were volunteers. Your state may be on the look out for helping hands to shock, too. I promise you’ll walk away a better angler with a new appreciation of what you thought was oh so familiar.