Deer Camp Grub and My Best Backstrap Ever 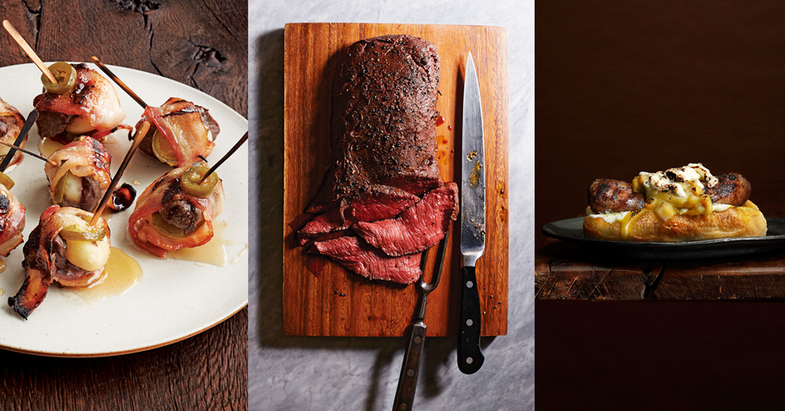 If you haven’t checked out Rick Bass’s new online story, “Welcome to Deer Camp”, I suggest you do so soon. It’s not only a wonderful ode to the tradition of hunting season, but it’s smartly packaged in a way very few Internet stories are. The story also got me reminiscing about hunting camps I’ve been in and, not surprisingly, some of the meals I’ve eaten over the years. Many were memorable, a lot were delicious, but only one was the first—that is, the first time I discovered venison could be not just edible, but incredible—a realization that put my on the path to writing about food for a living.

I was in my mid-20s and had only a few years of deer hunting experience. Though I did have a couple of bucks under my belt, I hadn’t had any luck cooking them. As I’ve mentioned before, the first deer I killed came back from the processor virtually inedible. The two or three I’d killed after that, I’d learned to process myself. I was at least able to get these down, but still struggled a bit with them in the kitchen. Sure, the jerky and sausage were good, but the steaks weren’t the beef steaks I’d grown up eating.

Then I went hunting with my friend Mike. The camp was just a small nylon tent set on the windy Nebraska prairie during a long weekend away from work. Though we didn’t kill a deer that particular trip, we’d hunted hard and I had stalked, barefoot, within a few yards of two fighting bucks. I was so nervous the arrow fell off my rest when I drew back, sending both deer running over the horizon. Still, I considered it a success and was retelling the story to Mike for probably the tenth time.

Mike pulled a sooty, rusty grill over the campfire and set on it a thick chunk of backstrap from a deer he’d kill earlier that year. I can’t remember if I admitted to Mike that I didn’t like deer meat, but I do remember steeling myself for what was sure to be another tough and gamey steak. Mike rolled the backstrap over the grate a few times, letting it char over the fire in places. He used a stick to pull it back to a cooler spot, then clicked out his pocket knife, sliced off a thin, bloody slice and offered to me.

Though I loved a medium-rare steak, back then I wrongly believed wild game had to be cooked until it was gray and chewy. Surely, eating rare deer meat would make me sick, right? Mike and I were new friends then, still proving ourselves to each other, so I grabbed the slice with my fingers and bit it in half. I expected it to be tough, like all the other deer steak I had eaten. Instead, it was as buttery soft as the finest tenderloin. I waited for the dry and livery taste, but instead the slightly bitter charred exterior gave way to a rich meaty flavor, with just the slightest, not unpleasant, hint of iron.

Mike sliced himself off a chunk, then handed the knife to me. We ate the entire backstrap that way, passing the knife back and forth, at some point introducing a bottle of whiskey into the rotation. No potatoes or canned veggies getting in the way of the carnivorous pleasure of two men eating what had been killed, pausing only to stoke the fire against the chill.