How To Make Slivovitz

Here in the U.S., when a bottle or flask gets passed around after hunt, it’s typically of the brown liquor... 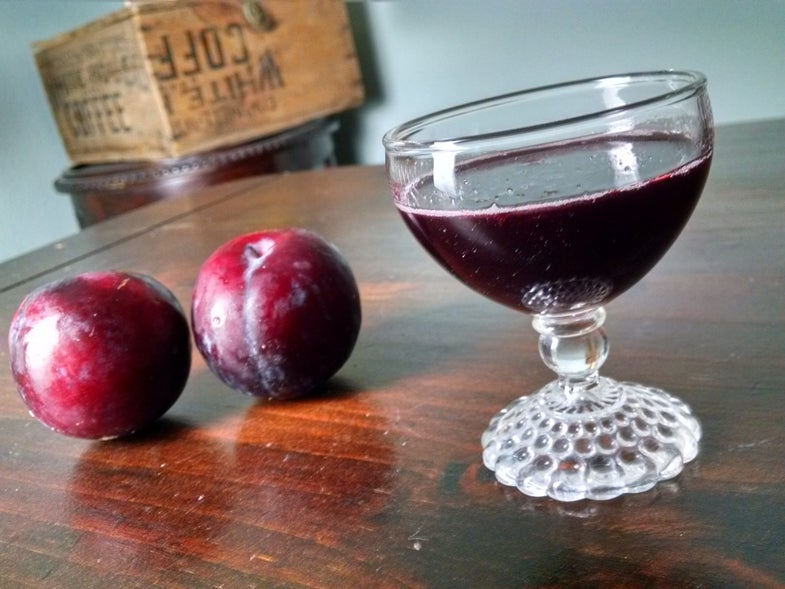 Here in the U.S., when a bottle or flask gets passed around after hunt, it’s typically of the brown liquor variety—bourbon, rye, or whiskey. The few times I’ve hunted in Europe, however, the toast of choice is slivovitz, or a variant of the sweet, plum liqueur. Some of it has been better than others, but it’s usually been made at home, either by another hunter or a member of his family. I think the making of slivovitz is as much tradition as the drinking.

Recently, my local market had some bruised plums they wanted to get rid of and priced them accordingly. I think I paid a couple bucks for each bag, which held probably a dozen plums each. Initially I was thinking wine, but then decided I needed some slivovitz on hand for the holidays. Basic plum liqueur is easy to make. I go the cheap route when it comes to vodka—no need to waste the Goose on this. The toughest part is finding a glass gallon jar. I use a pickle jar, but those can be hard to fine. If necessary, pick up a couple of 2-quart Mason jars and split the batch between them.

Directions:
1. After halving the plums and removing the pits, layer the fruit and sugar in a gallon-size glass jar. Add one or two cinnamon sticks and pour the vodka over the fruit. Place the jar in a cool, dark place and let the fruit ferment. It’s a good idea to stir or invert the jar a few times, especially in the first couple of weeks, to help the sugar dissolve. Let the slivovitz rest for at least a couple of months, then strain through a cheesecloth and bottle the liqueur.