Although it sounds fancy, cooking en papier, or en papillote, is dead simple. As the name suggests, it’s wrapping quality... 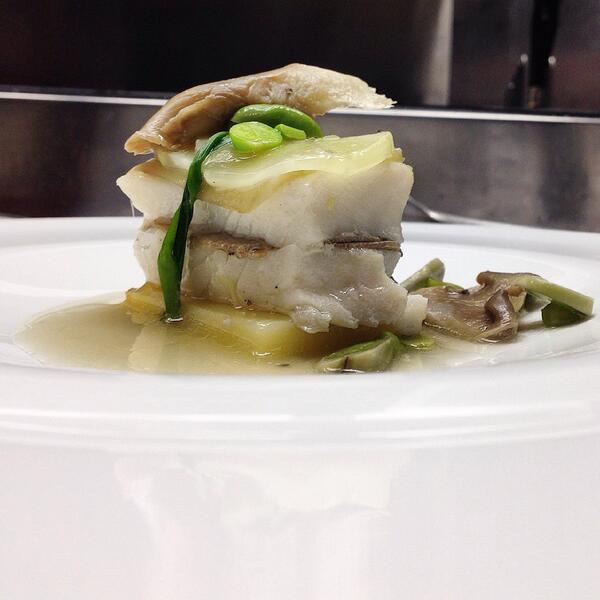 Although it sounds fancy, cooking en papier, or en papillote, is dead simple. As the name suggests, it’s wrapping quality ingredients, here fresh perch fillets, in parchment paper and steaming them in a hot oven. Generally, the technique is used for fish or vegetables, but it would also work with upland game.

This particular recipe for perch en papier is courtesy of Jonathon Sawyer, an Ohio native and a 2015 James Beard Foundation Award winner for best chef in the Great Lakes region. Not only does Sawyer hold down the fort at his award-winning Cleveland establishments the Greenhouse Tavern and Noodlecat, but he is also a serious outdoorsman who enjoys hunting, fishing, camping, and foraging. Though the recipe calls for perch, you could certainly substitute it with just about any firm, white-fleshed fish. It would be particularly good with walleye, northern pike or even halibut. If you’d like to try Sawyer’s original, it can often be found on the menu at his other Cleveland restaurant Trentina.

Directions
1. In a pot over medium heat, combine ½ gallon of water, 2 tablespoons of sea salt and ¾ bottle of chardonnay. Bring the liquid to a low simmer.