Video: How To Clean Carp

This post is for Field & Stream’s Fishing Editor, Joe Cermele, who often writes about his exploits about flyfishing for... 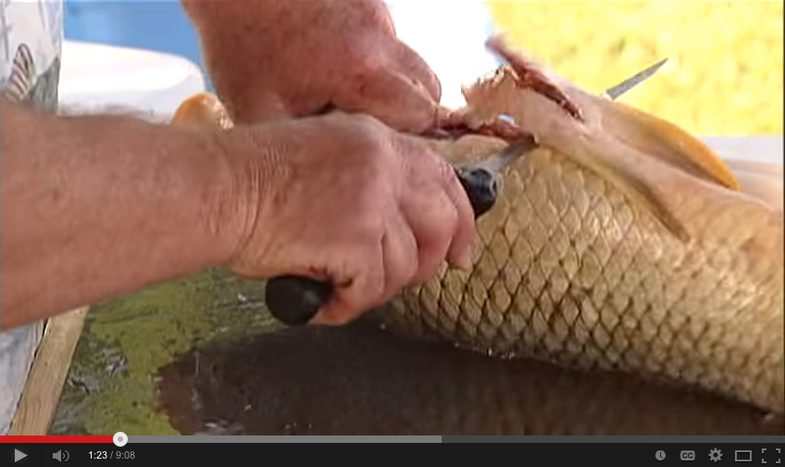 This post is for Field & Stream’s Fishing Editor, Joe Cermele, who often writes about his exploits about flyfishing for carp. The hard-fighting fish gets a pretty bad rap when it comes to the plate, but almost everyone who thinks carp taste like mud is going off second- or third-hand information. When pressed, most of the people admit they’ve never actually eaten it. Maybe this video from the Nebraska Game and Parks Commission will help change that. (I’d like to ask Cermele to try it and give us a first-hand report.)

There’s a pretty big carp-eating tradition in eastern Nebraska, where this clip was filmed. Joe Tess Place in Omaha is pretty famous for its fried carp. I’ve had it there and in a few other dive bars in the Lincoln and Omaha area, and have always been happy with what I ate. That said: I haven’t actually tried to clean one myself. Now that I’ve seen how Stan Krause does it, I think that may change.