With the exception of a few exceptional cuts of beef, the meat you buy at the grocery store doesn’t taste... 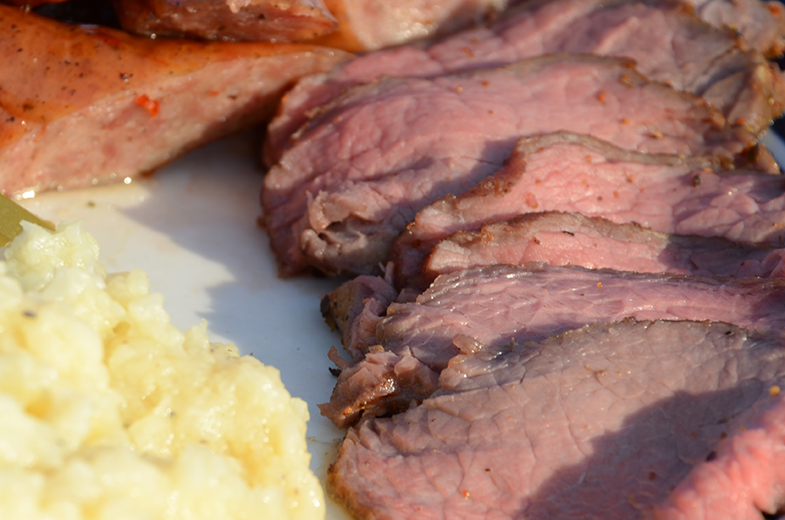 With the exception of a few exceptional cuts of beef, the meat you buy at the grocery store doesn’t taste like anything. Oh sure, they taste like whatever you season it with, but have you actually eaten a slice of store-bought pork or chicken plain, without even a bit of salt? It tastes like nothing. Do the same with game meat—be it waterfowl, upland birds, or big game—and see what you get. That’s not gaminess. That’s flavor, which most Americans have completely forgotten about.

If you think I’m wrong, go buy one of those expensive chickens at the farmer’s market. Or get some chops from a heritage hog. These animals, though domestic, have flavor. The best chicken I ever ate was bought from a street vendor in Croatia. It was amazing—moist and rich. For weeks I thought about that flavor. Then I figured it out: It tasted like the chicken I ate as a kid. Chickens raised and butchered by my grandparents. Real chickens.

Steven Rinella tackled this subject in a blog post from a few years back. It’s a bit wordy, but once you get a few paragraphs in, he nails it:

“We’ve been duped by an over-engineered and industrialized food system into thinking that red meat should taste like the pale, flavorless, fat-infused, grain-fed trash that they mash into a paste and form into things with names that remind you of overweight professional wrestlers: Whopper, Big Mac, Baconator. And we’ve been fooled into thinking that birds shouldn’t taste like anything at all except whatever spices and saline solutions that processors pump into them in order to make every single one taste exactly the same way—across the world, and throughout time.

After a life of eating such offerings from restaurants and grocery stores, it’s no wonder some folks detect something “funny” tasting when they bite into the meat of an animal that lived in the wild and developed the strength and wherewithal to run, jump, evade predators, compete for mates, and otherwise fend for itself on an unmanaged and natural landscape. What I’m saying is this: When we complain about gaminess, we’re actually complaining about the very thing that is most inspiring about our precious wild game resources: wildness.”

What about you? Do you think there is such a thing as gaminess? Or does game meat (that’s been cooked correctly, mind you) just taste like how meat should really taste?