January Rut: When Eight Bucks Might Chase One Doe

January is the “late season” by any deer hunter’s use of the term. While most deer in the south-central region... 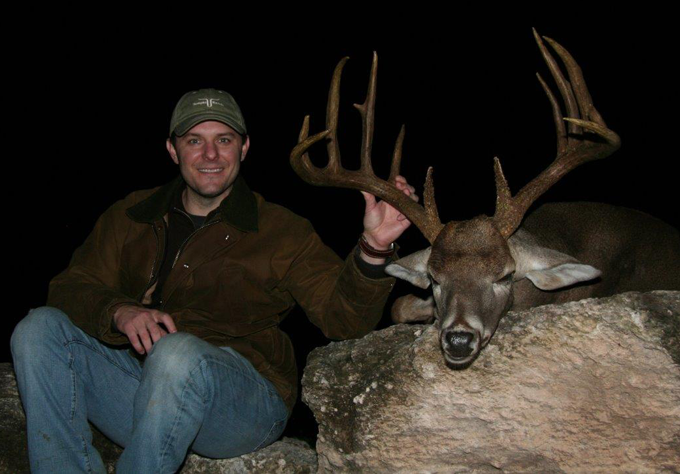 January is the “late season” by any deer hunter’s use of the term. While most deer in the south-central region are in post-rut recovery mode now, battling cold weather, stress, and just trying to survive the winter, bucks and does in a few locations are still very active in the breeding process.

In the Texas panhandle, mule deer are chasing and acting goofy. Yesterday I watched four bucks in a wheat field. One of them is the same old 10-point that chased a doe through my yard on December 27.

He has moved a mile to a neighbor’s wheat field full of does. Two of the smaller muley bucks in that field were sparring and fighting, while the ten-point and another big buck chased a dozen does back and forth across the snow-covered wheat field. It was frigid–ten degrees air temperature and five below zero with the wind chill. But the rut was obviously near its peak for these deer. Mule deer season is over in Texas unless you hunt a Managed Lands Deer Permit ranch, in which case you can hunt until January 25.

In New Mexico, archery deer season opens January 1. Both desert mule deer and Coues whitetails typically rut in the southern half of the state in early January. Spot-and-stalk hunting is effective, but so is sitting near a water tank. A few years ago in southern New Mexico, I shot a dark-antlered 4×4 muley buck at a mostly frozen water trough late in the afternoon. Even in cold temperatures, bucks are expending a lot of energy searching for does, and they need water.

Finally, south Texas is the place to be right now for whitetail rut action. The accompanying photo shows a huge 182-inch buck that Rob Shands just tagged on the Temple Ranch.

“Rut is still evident but winding down somewhat,” said Robert Sanders, ranch manager at the Temple. “A few late does are coming into heat, which causes an all-out war for breeding rights. Around January 10-12 we will see another strong rut, not as big as the mid December rut, but a time when one might see six or eight bucks after one doe. Bucks are definitely run down. Supplemental feed is a big help at this time to keep run-down bucks healthy.”