Video: Passing on a 145-Inch Buck, Hoping for a Giant Nontypical

On December 10, I was sitting in a ground blind in the Texas Panhandle. Since getting trail camera pictures of... 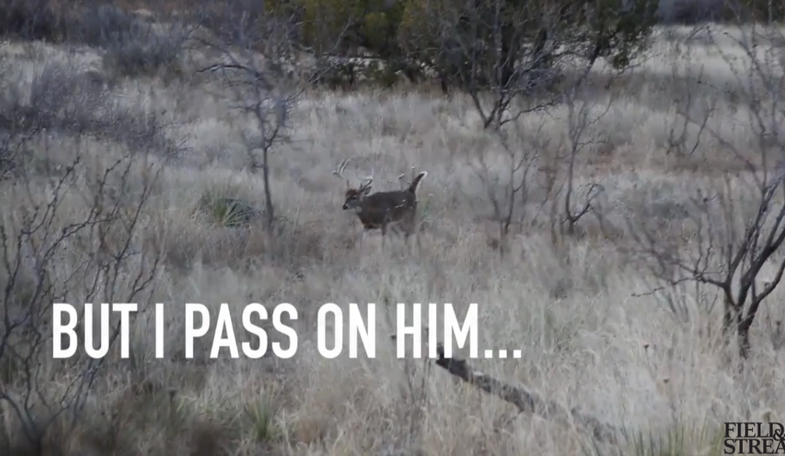 On December 10, I was sitting in a ground blind in the Texas Panhandle. Since getting trail camera pictures of a big non-typical buck on December 3, I’ve sat that blind six times. The giant is still a no-show. On this afternoon hunt, a buck I’d previously only seen on trail camera pictures came out at about 5 PM. I filmed him for about 1 ½ minutes until finally he was at 20 yards and I shut the camera off. He’s a great buck. A mature 10-point with long beams and good mass. I’d guess his rack to score about 145 to 150 inches. The biggest buck I think I’ve ever passed up.

If not for the information that a giant non-typical is prowling that same river bottom, I would have never hesitated to shoot this mature buck with my bow. As the month wears on, if the big non-typical goes ghost, I may be wishing for this chance again. That’s the gamble you take when your holding out for a monster.