Bow Accuracy: What the Hell Is It? 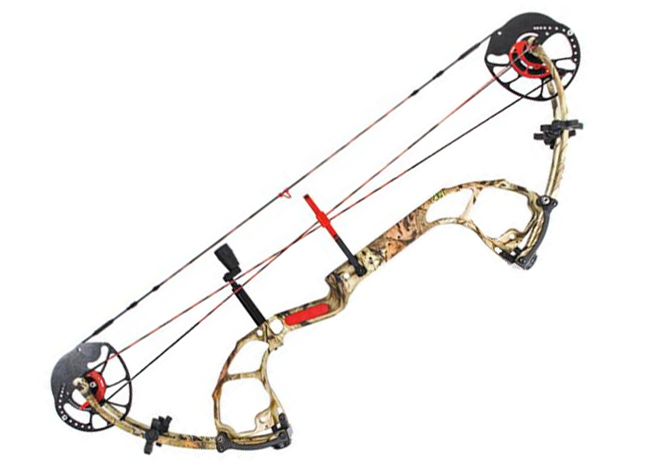 The PSE DNA SP: Our test’s most accurate (see below) bow.

Since our big bow test for 2014 came out, several people have asked, why don’t you use a Hooter Shooter to test bow accuracy? My short answer is, because people shoot bows, not Hooter Shooters.

But to be fair, it’s more complicated than that. So, let’s peer deeper into the strange realm of bow accuracy.

We tend to think of bow accuracy as we do rifle accuracy, which is perfectly understandable. But it’s a bad idea, because they are vastly different.

In riflery, you can reasonably discuss inherent accuracy because you can put a rifle on a rock-solid bench, shoot a variety of ammo, and pretty much find out what the thing is capable of. Some will shoot sub-MOA; others won’t put three shots into a deer-crossing sign, and that’s that. (Don’t shoot deer-crossing signs.)

“I wont let a bow leave here unless it’s absolutely perfect,” says Seth Stevens of BowXperts.com, who specializes in “super tuning” bows for both hunting and target archery. “From the Hooter Shooter, I can get any bow to hit in the same hole at 20 yards.” But single-distance accuracy is easy, he explains. You can get that with an untuned bow. To be dead-on at a variety of distances, you need perfect arrow flight, which is what bow tuning is all about. “Still, when I’m done, whatever bow I’m working on will hit same hole at 20 and be very close to that out to 60 or 70.” In other words, forget comparing inherent accuracy.

In the real world, bow accuracy boils down to two things: tunability and forgiveness. Let’s take them one at a time.

Tunability
“With some bows, it’s pretty easy to get perfect arrow flight,” says Stevens. “With others, man, I really earn my money. Some need a much finer tune.” For the great many hunters who are not going to spend hours fine-tuning their equipment nor pay someone else to do it, the bow that is easy to make accurate is more accurate.

By the same token, if you put just a basic tune on a bunch of different bows (like we did in our test), and you shoot them all at different distances, you’ll find that some shoot better than others. This speaks to tunability; it shows that some bows require only a minimum of tuning to shoot well, and it is critically important because many, many hunters only ever get a basic tune for their rig.

Forgiveness
Now, if four different shooters—each with slightly different shooting form, making slightly different shooting errors—shoot groups at a single distance from all these bows (which we did), you will again find that some bows shoot better than others. What’s more, they’ll do so with obvious consistency between the shooters. This speaks to forgiveness; it shows that some bows are better designed and built to handle a wide range of shooter screw-ups. And because even the best shooters screw up sometimes and average shooters screw up a lot, the more forgiving bow is the more accurate bow.