Video by South Lake Minnetonka Police Department Over the years, we’ve covered our share of locked-up-bucks stories here at Whitetail... 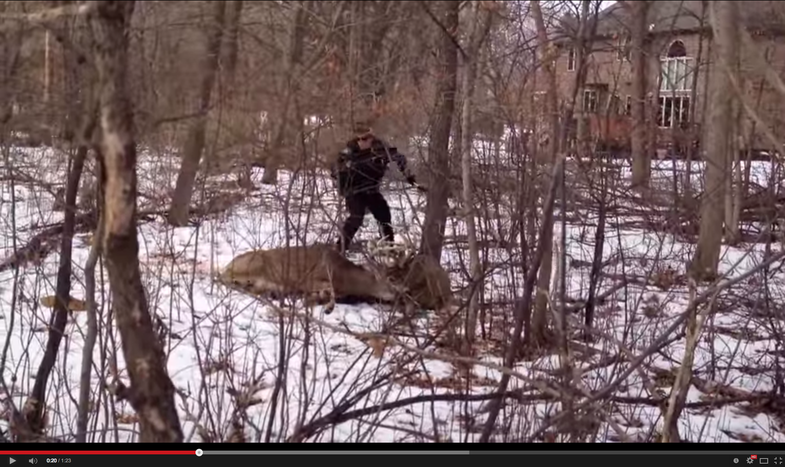 Over the years, we’ve covered our share of locked-up-bucks stories here at Whitetail 365. But the best tales are rarely about the entangled bucks themselves, and more about the “what the heck do I do now?” dilemma faced by the folks who find them.

Of course, if untangling a pair of tangled bucks was easy, the deer would have figured it out by themselves. They need help, but helping them is a bear. The bucks are desperate. They’re maxed out on adrenaline and in complete survival mode; they’ll kick, gore, or maim anything they see standing between themselves and survival.

Sawing the antlers of at least one of the bucks is the most logical way to free them, but if you’ve got a brain in your head, you recognize this is a dangerous activity. We’ve seen people trying to tie them down and keep their distance while they saw the antler(s) of at least one of the bucks with a chain- or pole-saw…All are heroic deeds, and we applaud the folks who get by with such daring acts.

But leave it to a policeman to get it right. When the officers at the South Minnetonka Lakes (MN) police department received a call about a pair of locked-up whitetails, they used a stun-gun (yeah, the same instrument in the don’t-taze-me-bro lunacy of a few years back) to subdue the survivor while they zipped in with a Sawzall to lop off enough antler to free the survivor.