What’s a (Poached) Buck Worth?

I’m not in the habit of giving advice to poachers, but I’ll make an exception today. If illegally killing whitetail... 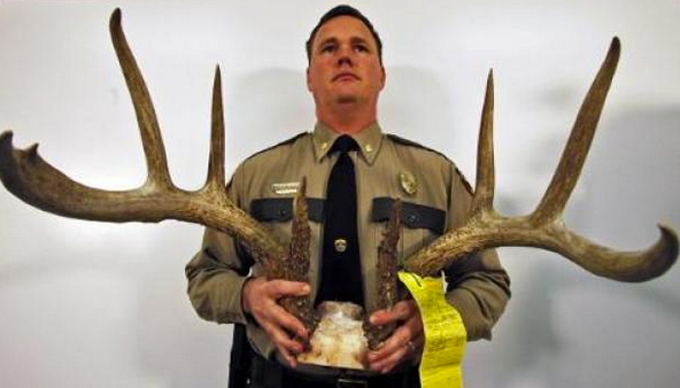 I’m not in the habit of giving advice to poachers, but I’ll make an exception today. If illegally killing whitetail deer is a business or hobby for you, you need to relocate to one of the following states: Delaware, Pennsylvania, Virginia, West Virginia, Tennessee, or Georgia. Why? Because the fine for poaching a deer these states is so ridiculously low.

Of course, this doesn’t mean the judge can’t fine you more for killing a deer, or whack you financially for other offenses. But in Georgia and Tennessee, in particular, the justice is not bound by the law to charge you anything for the whitetail itself. Zero. Zip. Nada.

Conversely, if you’re caught poaching a whitetail in Iowa, you’ll have to cough up at least $1,500—the steepest fine in the nation, according to the report. Maine and Wisconsin tie for the second highest ticket at a cool grand each. Next are Oklahoma ($946) and Kentucky ($754). The average fine across the nation is $354. Regionally, the Midwest’s fines are toughest, with an average penalty of $462; the Southeast is second at $319, and the Northeast last with $283.

And, as we’ve reported in this space before, a growing number of states have made fines even higher for trophy bucks, via a formula that elevates fines according the bucks B&C score.

The point of the QDMA report is clear: We are not sending poachers a consistent, clear message that deer are highly valuable to us—and we should. I couldn’t agree more, and I find it ridiculous that in some states the fine for illegally killing a deer can be actually less than the cost of purchasing a hunting license!

So here’s a poll question for you:

What should the minimum fine be for killing a deer illegally?