How to Clean Catfish Quickly

Learn how to clean catfish at amazing speeds 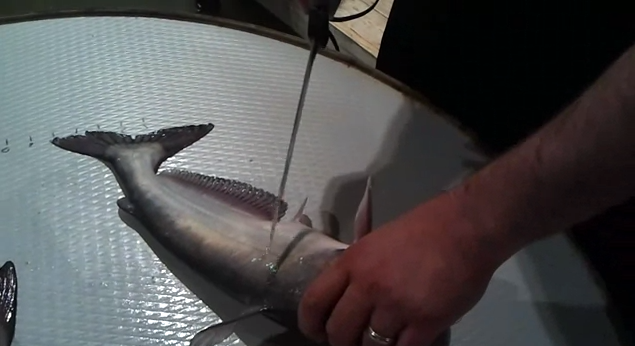 Back around the turn of the millennium I attended the World Championship of Catfishing held at Tennessee’s Pickwick Lake. In addition to crowning the world’s top catfish angler, organizers held a contest to find out who was the fastest catfish skinner in all the land. Not by coincidence, both titles went to the same man: Phil King, one of the nicest guys you’ll ever meet and a heck of a catfisherman. I don’t remember the exact time it took King to clean a catfish, but it was fast, as in just a few seconds.

I’d hazard to say that not many people could beat King’s feat, though no doubt there are some fast catfish cleaners out there. This video tutorial claims to show how to clean catfish in 15 seconds. It takes the guy about double that, which is still pretty quick. Instead of skinning, he goes with a standard fillet job using an electric knife. It’s a pretty good tutorial on how to clean a catfish that transfers to just about any species of fish. In fact, I use the same method with a sharp, non-electric blade for walleye and panfish.

Do you skin catfish or fillet them?