Does Breaking In a Rifle Barrel Actually Do Anything?

Is it necessary to break in the barrel of a new rifle, or is it just a waste of time 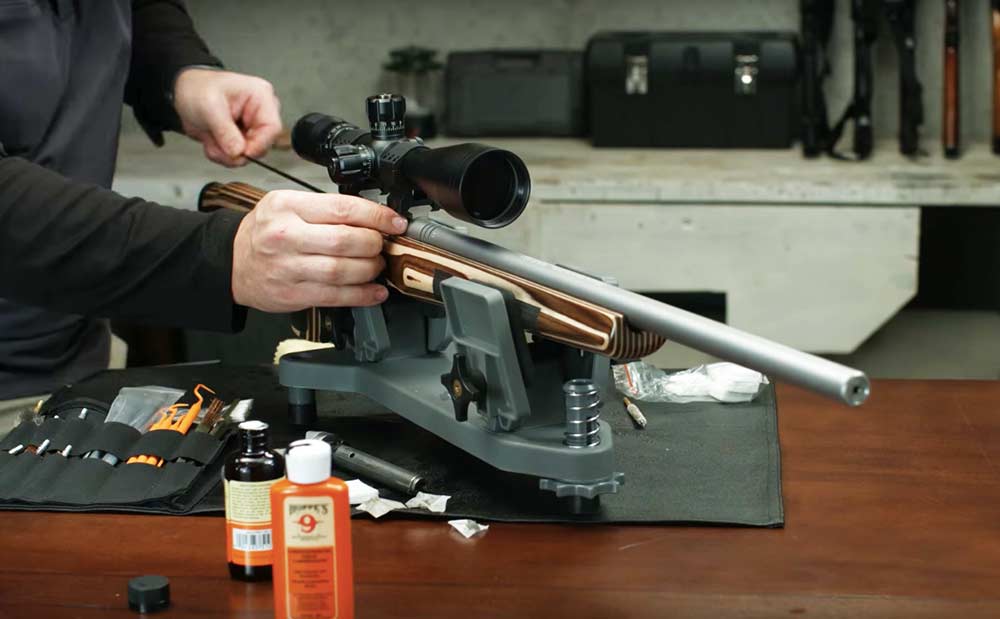 Breaking in a barrel usually means cleaning after every shot for the first 20 or so shots. Hoppe's No. 9
SHARE

I got an e-mail that reads: “I recently obtained a new barrel on my ——- rifle, so I’m following the barrel break-in protocols. I’ve done this before and it does seem to facilitate future cleaning. I still can’t explain why this break-in procedure works, and I’m an engineer. Perhaps your sources can shed some light on the process.”

First, being an engineer does not give one any particular insights, any more than being a doctor explains what that rash is that won’t go away. Barrel break-in rituals are a recent phenomenon. Once upon a time we just shot and did not go through religious rituals beforehand.

I don’t know if they work or not, but I admit that I do the break-in dance when I get a new barrel, for the same reason that I don’t walk under ladders or step on cracks in the sidewalk. Maybe all the shooting and scrubbing does work.

The theory behind barrel break in is that cleaning the abrasive residue out of the bore after each shot allows the bullet which follows to flatten out or scour away all the tiny nicks, dings, and imperfections that are part of most bores, making the barrel smoother and less apt to pick up copper fouling.

That’s the theory. Based on my experience, I have doubts. Gunsmith John Blauvelt, who has installed more barrels than most, wrote me: “On a rough factory barrel it may have some merit. But on a custom hand-lapped barrel it is not needed…. I don’t think that scrubbing the bore with a copper brush does anything except loosen carbon fouling…. A few shots and some J-B Compound is not a bad thing for a new factory barrel, but those long sequences of one shot and clean for 20 rounds and then 3 shots and clean for more are excessive.”

I’d go further than that. I’ve yet to see a really rough barrel that was improved by any kind of break-in procedure. Barrels are made of steel. Bullets are made of copper, or gilding metal alloy, which is mostly copper. How is copper going to wear away steel? The only thing you can do with bum barrel is unscrew it and replace it with one whose bore does not look like the surface of the moon.

Read Next: How to Clean a Rifle

There’s no correlation between bore smoothness and accuracy. I’ve seen horrendously rough barrels that shot extremely well, although cleaning them was a nightmare, and if you didn’t clean them, they would quickly lose their accuracy.

Which brings us to the final point. Whether you break in or not, it’s an absolute truth that if you let your barrel collect powder fouling and especially copper fouling, you’ll quickly have a non-shooter, no matter how the rifle started out. This applies to factory horrors and the best custom barrels alike.