A Brook Trout Heaven in the Heart of Amish Country 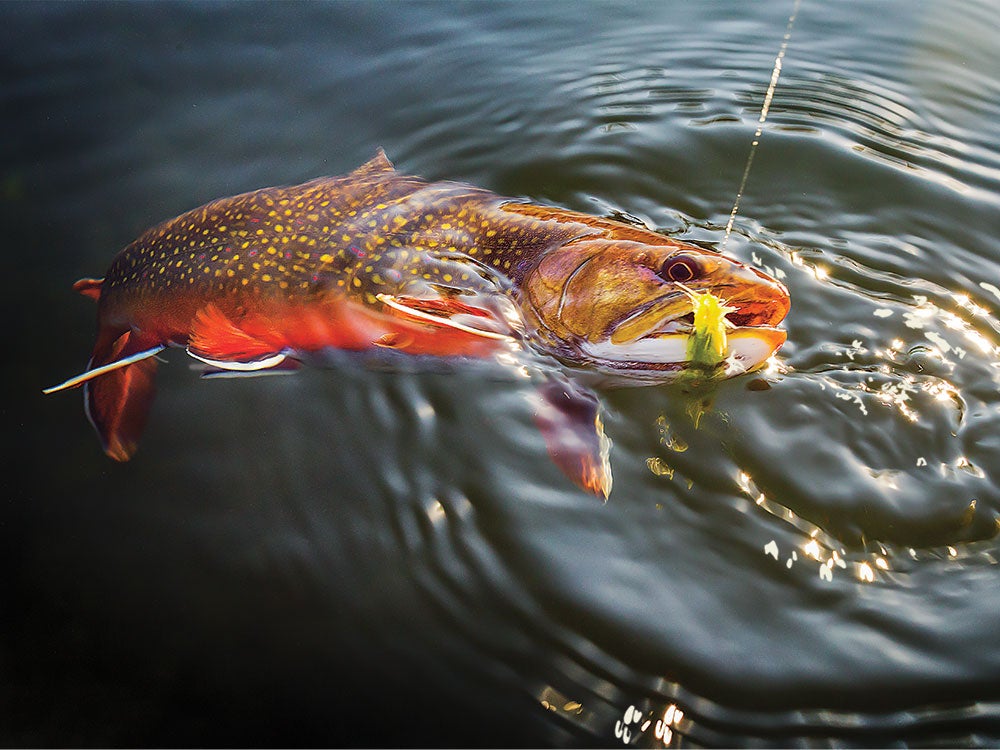 One day, my friend Pete Fleischman was driving in the sand country of central Wisconsin when a couple of Huck Finn look-alikes popped out of the trees. They were carrying fishing rods and something else: a stringer of glistening brook trout. Pete deduced that the kids were dressed the way they were—dark pants, long-sleeved shirts, broad-brimmed hats—because they were Amish. The sand country is checkerboarded with Amish farms, and to see the men working the fields with horses is to be transported in imagination to the 19th century.

Pete got out of his truck and hailed the muddy-footed youngsters. “Those are some nice trout,” he said. “Mind telling me where you caught them?” One of the kids jerked a thumb over his shoulder and said, “The pond.”

All Pete could see was a wall of green. “What pond?”

They beckoned Pete to the woods’ edge, where a trail so faint it might have been made by mice led into jungly undergrowth. They crossed a swampy spot on a wooden plank, scrambled up a brushy bank, and there it was—a mirror-bright ellipse ringed by poplars and cottonwoods.

“We gotta go, mister,” one of the boys announced as they melted into the bushes.

“Thanks for showing me your pond,” Pete called to them.

Still in the Game

They were right about that. In fact, it’s the state of Wisconsin’s pond, part of the 6,000-acre Mecan River State Fishery Area. This pond doesn’t have a name, and even if it did, I wouldn’t divulge it. Pete shared the spot with me several years ago, and as near as we can tell, the only other people who fish it are the Amish kids. Besides, there are plenty of spring ponds to go around, not only in Wisconsin and Michigan, but in New England, Upstate New York, the Mountain West, and elsewhere. Fed by mineral-rich groundwater that maintains a constant temperature year-round, these ponds are typically less than 10 acres in size. And while brookies are the classic quarry, browns and rainbows show up too.

There’s no bad time to fish a spring pond, and it’s this reliability that makes them especially attractive early in the season. When stream trout are sulkily hugging bottom in response to runoff-heavy flows, spring-pond trout remain happy, hungry, and on the prowl.

Early last spring, I strung my 3-weight by the roadside and pulled on my hippers. It’d been a year since I’d visited the pond, and the trail in was even fainter than I remembered. Evidence of neglect, I hoped.

Columns of mist spiraled up, creating a moodily gothic effect that only intensified the pond’s through-the-looking-glass feel. Shuffling down the bank, I eased just past the water’s edge. Beyond that, the pond is unwadeable; step more than a couple of feet from shore and you sink into apparently bottomless muck.

It took me a while to find my roll-­casting mojo, but eventually I got into that propulsive load-and-fire rhythm. I was using a size 14 beadhead Hare’s Ear nymph. I’ve tried other flies here, but this is the most reliable producer. Besides, when I fish the pond, my ambitions are modest: to feel a tug on my line, land a few trout, maybe creel a couple for dinner.

Not that fishing the pond doesn’t require any skills. You have to be able to put your fly into the emerald-green holes between the weedbeds—not easy to do when you’re perched on a sloping bank with vegetation behind, above, and around you. And because the majority of the strikes come while the fly is on the drop, you have to be able to detect what is often a subtle, fleeting signal.

After a dozen or so casts, I noticed an anomalous twitch, tightened up, and felt the throb of a living thing on the end of my line. It was a scrappy brookie, about an 8-incher, with a belly so vividly orange that it looked like wet paint.

I released that fish along with a couple of other brookies, missed a strike or two, then hooked something that was obviously heavier. The fish gave me a nervy tussle on my 3-weight, but at last I netted it—a richly colored male brown. He taped 13 inches, though in the miniaturized environment of the pond, he looked bigger.

I landed his twin about a half-hour later, after working my way to the other side of the pond and launching a rifle-shot cast to a hole I wasn’t sure I could reach. At that point, feeling that I’d gotten what I’d come for, I reeled up and picked my way out to the road.

When I looked back, all I could see was a wall of green.

Read Next: Fishing the Driftless Area: The Best Kept Secret in the Trout World 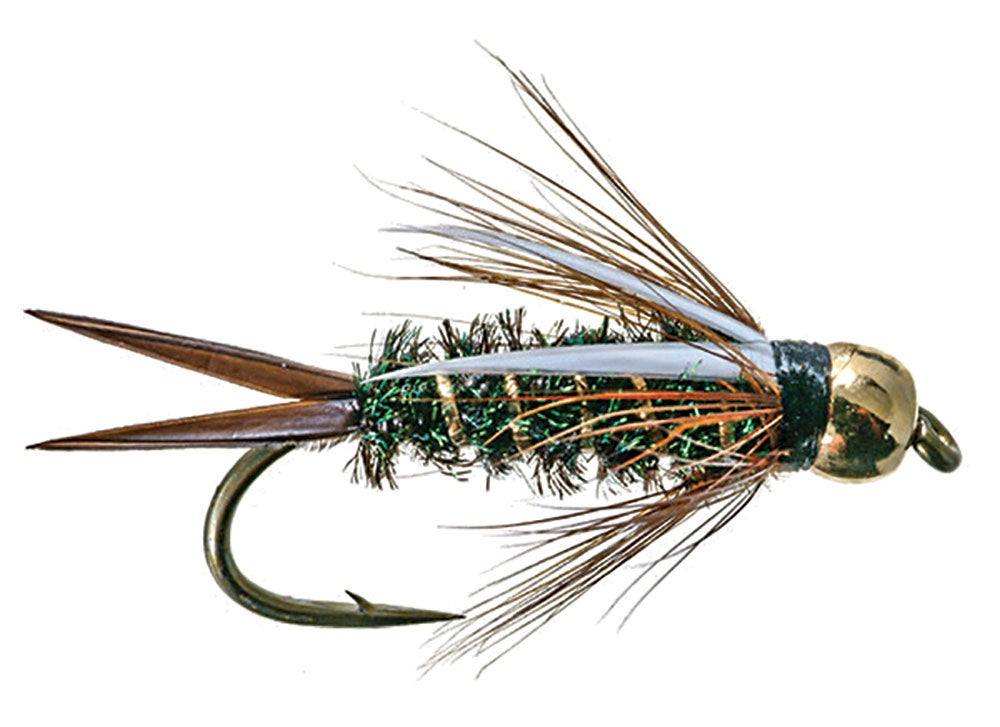 It’s hard to beat the effectiveness of a Beadhead Prince Nymph fished in a cool, clean, and clear trout pond.

With 35 years on the spring ponds of Wisconsin under his belt, Jim Hauer, founder of Blue Sky Furled Leaders, says to keep it simple when it comes to fly selection. “Don’t worry about matching the hatch, and remember that stealth is important.” Hauer’s go-to spring-pond flies are: a Royal Coachman wet, a Woolly Bugger, a Prince nymph, a Hare’s Ear nymph, and scuds. He carries a range of sizes, but 12s and 14s are his bread and butter.

While Hauer still uses a canoe on occasion, he’s become a huge fan of the SuperCat inflatable pontoon. “The design is elegantly simple, and even with the rowing frame attached, it weighs less than 15 pounds.”