Can States Protect Our Waters?

Why conservationists are obsessing over the decision to review and replace the Waters of the U.S. Rule 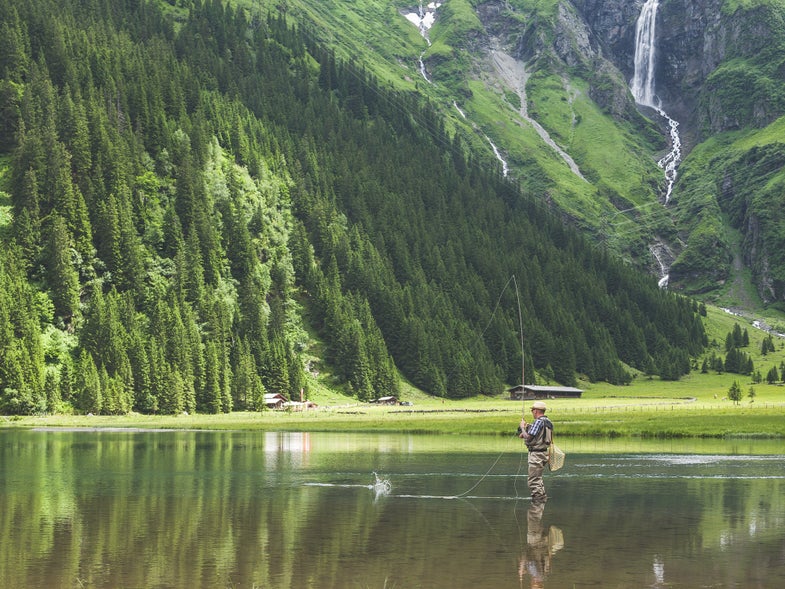 You may wonder why so many Conservationist posts dwell so obsessively on the recent decision by the Trump Administration to review and replace the so-called Waters of the U.S. Rule, and why we’ve written about this topic so many times.

The answer is that most of us have lived in a nation where, until very recently, water quality has steadily improved. Many of us have never experienced the kind of wholesale water pollution that was common in the U.S. before the 1972 Clean Water Act, with the ruin of property values and fisheries and drinking water supplies. Although this situation of steadily improving water quality is actually unique in a world that is mostly growing dirtier and more crowded by the hour, we seem to take it for granted in a way that I just cannot understand, and that is totally different from the way we think about all our other freedoms and responsibilities. Freedom isn’t free. The price of liberty is constant vigilance. To whom much is given, much is expected.

Another fine bit of ancient wisdom applies here: Proverbs 14:15: The simple believeth every word: but the prudent man looketh well to his going.

Here is the actual Waters of the U.S. Rule (and please read through to the part where it specifically states that it does not regulate ditches, stock and farm ponds, puddles, irrigated lands, “reflecting pools,” etc. as claimed by its many well-funded corporate opponents). And here are a couple of examples of the media campaign against the Waters of the U.S. Rule. What’s more, the Cato Institute published “Stopping the EPA from Regulating Puddles.”

One could also reword an old adage to read, “A fool and his water are soon parted.”

Many readers of previous blog posts on this subject have commented that the Waters of the U.S. Rule, as applied by a federal agency, was a clear violation of the Tenth Amendment, which states, “The powers not delegated to the United States by the Constitution, nor prohibited by it to the States, are reserved to the States respectively, or to the people.”

These readers have a point. Many years ago, on a sharptail grouse hunting trip in northern Montana, the late, great Jim Range, who co-founded the Theodore Roosevelt Conservation Partnership and helped to draft the original Clean Water Act, told me that he always knew that the original Clean Water Act was broad and ambitious and that it would eventually be challenged in the courts. Range said that he always figured that, by that time, the success of the law would have inspired the states to create their own regulations that would expand clean water protections to exactly the kinds of isolated wetlands and tributary creeks that the Waters of the U.S. Rule eventually covered.

Those state-level regulations would certainly have addressed any Constitutional issues in clean water protections. (The will was there, once, long ago, at least in South Carolina: “In 1671, the Colonial Assembly passed a law that is still in effect: ‘Should any person cause to flow into or be cast into any of the creeks, streams or inland waters of this State any impurities that are poisonous to fish or destructive to their spawn, such person shall, upon conviction, be punished.'”

But modern states never created those protections. Instead, they relied on the federal 1972 Clean Water Act, with its expansions over the years, as a “floor,” allowing the states to almost completely abdicate any responsibility for protecting their own waters. For decades now, state legislatures have been much busier enacting laws prohibiting any state water regulations that are stricter than those at the federal level than they have been worrying about their responsibilities to protect their own resources for their citizens.

Now that the federal Waters of the U.S. Rule is almost certainly dead, this deliberate refusal to act, this giving up of all responsibility by state legislatures and by us citizens, has serious consequences.

Bob Irvin, president of the conservation group American Rivers since 2011, has been following this saga since he was a forestry student at Utah State, in 1980. “The states have had over 40 years of opportunity to take on these responsibilities and they’ve never done it,” Irvin explained. “We keep hearing this—‘give the power back to the states!’ That’s because the people who are saying this know the states have never enacted any of these protections, and aren’t likely to, anytime soon. If the states had actually done their job and enacted the right kind of clean water protections, there would be none of this push to give them anything.”

Here is a review of state regulations on clean water, and the extreme challenges that the citizens of the states will likely face in trying enact protections that are more stringent that the current federal Clean Water Act (which protects navigable waterways only, leaving about 60 percent of U.S. waterways with no protections).

Irvin says that he’s long been baffled by the lack of will at the state level to protect such a basic economic resource. “Most of the states don’t even have a program to address the dredge and fill of wetlands or tributary creeks,” he said. “They’ve relied on the federal protections for all these years.”

The one thing that kept coming up in all the interviews I conducted for this story was this: Something is going to happen, because there is no way that a nation of educated citizens that has gotten accustomed to having clean water, valuable properties on lakes and rivers, fairly cheap drinking water supplies, and viable recreational fisheries are going to simply give all of that up.

“Right now, people are not thinking about this on a local level,” said Eva Dillard, staff attorney for the Black Warrior Riverkeeper, in Birmingham, Ala. “Too many of us have gotten hung up on the federal government as this big bad boogeyman, without thinking it through. Alabama has a bare-bones program of water protection. The agencies are not really there to protect resources—they are there to permit industry. What we’re moving to now is a rag-tag regulatory system where every state will have a different set of rules, with all the legal conflicts that will cause for rivers that flow between them. It’s kind of a rag-tag race to the bottom, and we’ll all be the poorer for that.”

(There is already a precedent. When energy development was exempted from the Clean Water Act in 2005, coal bed methane producers in Wyoming began disposing of their produced water in tributaries of the Tongue River. The produced water is extremely salty, and has affected the ability of farmers on the Montana side of the border to use the river water for irrigation, one cause of a flurry of lawsuits related to the Tongue and Powder Rivers. Landowners in Georgia filed suit about the cause of pollution in the Flint River, while a riverkeeper association for the adjacent Chattahoochee River blew the whistle on chemicals being dumped into a tributary.)

But as Eva Dillard points out, all politics, and especially water politics, is eventually local. “When this starts impacting people’s drinking water, and their fishing, they’ll demand change,” she said. “It’ll probably be expensive to fix by then, but something will be done.”

Bob Irvin of American Rivers believes there will be losses, as well, and that most state legislatures will be unable to pass laws to protect water resources. (According to the non-partisan Center for Responsive Politics, a research group founded in 1983 by Sen. Frank Church of Idaho, a Democrat, and Republican Sen. Hugh Scott of Pennsylvania, the agribusiness industry, which adamantly opposed the Waters of the U.S. Rule, spent $126,242,202 lobbying for its causes in 2016, making it one of the most powerful lobbies in the world.

“Here’s my theory,” Irvin said. “This will end up at the Supreme Court again, and this time, the rule will pass. What we’ll get will most likely look a lot like the Waters of the U.S. Rule that we had, because that one was the result of six years of research and a 400-page scientific analysis of why you need to protect headwaters if you want to have rivers that are fishable and swimmable.”

For Chris Wood, the CEO of Trout Unlimited, the whole debate has been “astonishing.”

“We’ve had the luxury to debate all of this because other people fought all this out and fixed it a long time ago. I’m not sure what it will take to make America’s hunters and fishermen stand up, what kind of losses we’ll have to see, or why so many of us are not paying attention to this. Nobody cares whether these protections come at the state level—okay, bring it on, let’s do that. Or the federal level, where it was when we had all these successes. But the way it is right now—arguing over whether or not or protect our water and our fisheries? I just don’t get that.”

In the end, Wood says, “You can count on enlightened self-interest to win. There will be a backlash to the idiotic idea that you aren’t going to protect 1/3 of the nation’s drinking water. I’ve hoped it would be hunters and fishermen who will step up first, but maybe it will be municipalities, for their drinking water. We have to come up with something. That is what governing is—you can’t just throw up your hands and say it’s too hard to protect 1/3 of the nation’s drinking water. When the losses come in, the people won’t stand for it. So we’ll get something. I don’t know what it will be, but we’ll get something.”