Chicago Coyotes Trapped After Locals Allow Pets to Play With Them

Earlier this month, a Chicago alderman was obliged to remind residents that it is unwise to let dogs play with... 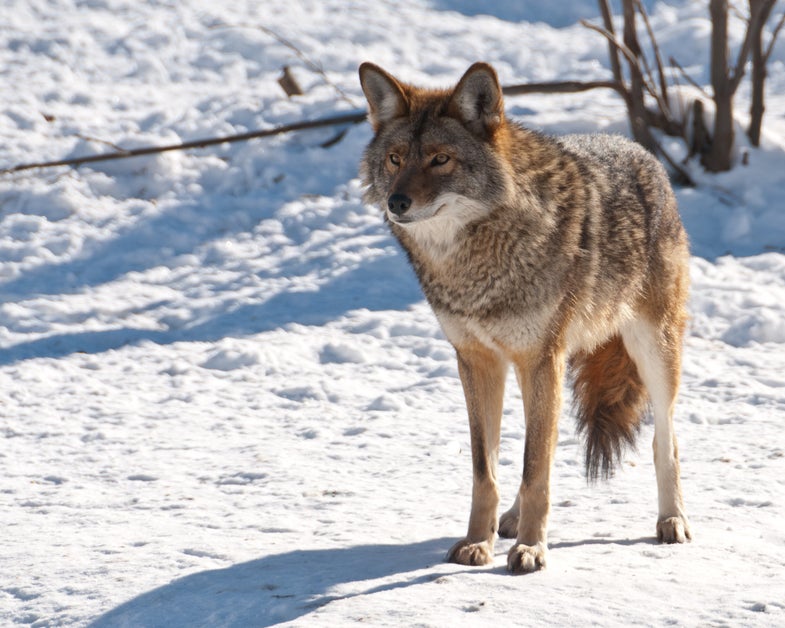 Earlier this month, a Chicago alderman was obliged to remind residents that it is unwise to let dogs play with wild coyotes.

On Feb. 4, Chicago animal control was dispatched to Winnemac Park, after receiving calls from concerned citizens about aggressive coyotes in the area. The Chicago Tribune reports that officials were able to trap two coyotes and relocate them to a nearby wildlife-rehabilitation center.

Later, in an email to residents, local alderman Pat O’Connor said that the issue stemmed from parkgoers who not only fed the coyotes but also allowed them to play with their dogs. O’Connor noted that the park had been a source of numerous reports from people claiming to have been “harassed, followed, and menaced” by coyotes.

Apparently, the pet owners were either unconcerned or unaware that coyotes regularly attack, and often kill, domesticated pets.

O’Connor continued by adding that feeding wild animals is—yes, believe it or not—a bad idea, since doing so can alter their natural behavior and affect how they interact with people. “This can end in tragic circumstances,” O’Connor said, “when people react in a way that is counter to those who have fed or engaged in playful interaction with their pets.”

National Geographic reports that there are an estimated 2,000 coyotes that call downtown Chicago home. The Cook County Urban Coyote Research Project warns that coyotes could eventually test humans and pets as prey, if they were to become less fearful of people.