Coming out of the Dark Ages of Skin Protection

Are you doing everything you can to shield yourself from the sun? 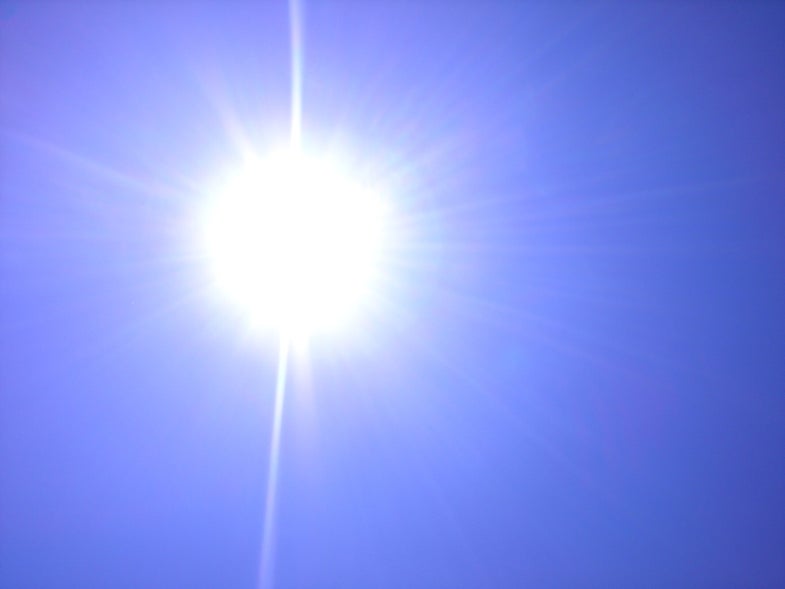 Bass angler Rick Clunn has had the good sense to break with fishing-hat tradition. “I’ve been at it for 42 years and I’d say I used the wrong hat for 32 of those years,” he told Bassmaster. “We’re still pretty much living in the dark ages when it comes to hats.” He’s also wearing fishing gloves in the photo (number 53 in this slide show). There aren’t any logos on that hat, but if enough of us start wearing the right kind of hat, it won’t take long for sponsors to catch on.

We are in the dark ages, not just with hats but with gloves and overall skin protection. From a doctor’s perspective, even a long-billed fishing hat is just plain stupid. It shields your eyes, but that’s it. What you really want is something that covers the back of your neck, has a wide brim, and some kind of drop-down face mask. And, naturally, a chin strap you can snug up for high-speed runs.

In short, you want something unconventional, even if it makes people wonder whether you might be the first Muslim woman on the tour. Here’s one that is both ugly and effective that you can get on Amazon for $15.

I recently saw Roland Martin on TV. No hat, no gloves, no face protection. Then, to remind people how important sun protection is, he stopped fishing long enough to apply lip balm. He was blind to the bigger picture—it was like making sure you’ve got a full tank of gas and ignoring the fact that you have four flat tires and no brakes.

It’s good to see that some anglers are starting to adopt face and neck masks, especially now that you can get one in any style you want: pirate, clown, about 20 varieties of skulls, as well as any fish-scale pattern imaginable, from carp to steelhead to tarpon. And, naturally, any kind of bass. SA Fishing has a promo going on where you can get five face masks and a shirt, normally $100, for $15. You might have to do a web search for a promo code. 5FISH was the one I found. Not a bad deal.

Nearly half of all Americans who live to age 65 will be diagnosed with some kind of skin cancer, according to the Skin Cancer Foundation. Doctors agree that it’s the cumulative effects of years of exposure that have led to increasing rates of melanoma and other skin cancers. So what you do to protect yourself now matters. And make sure your kids are covered up. I have to tackle Emma to get her to wear a rash guard, but I do it. By the way, there’s no such thing as “waterproof sunscreen.” I don’t care what the bottle says.