Aerial Cameras Spy on White Sharks as They Hunt Down Seals 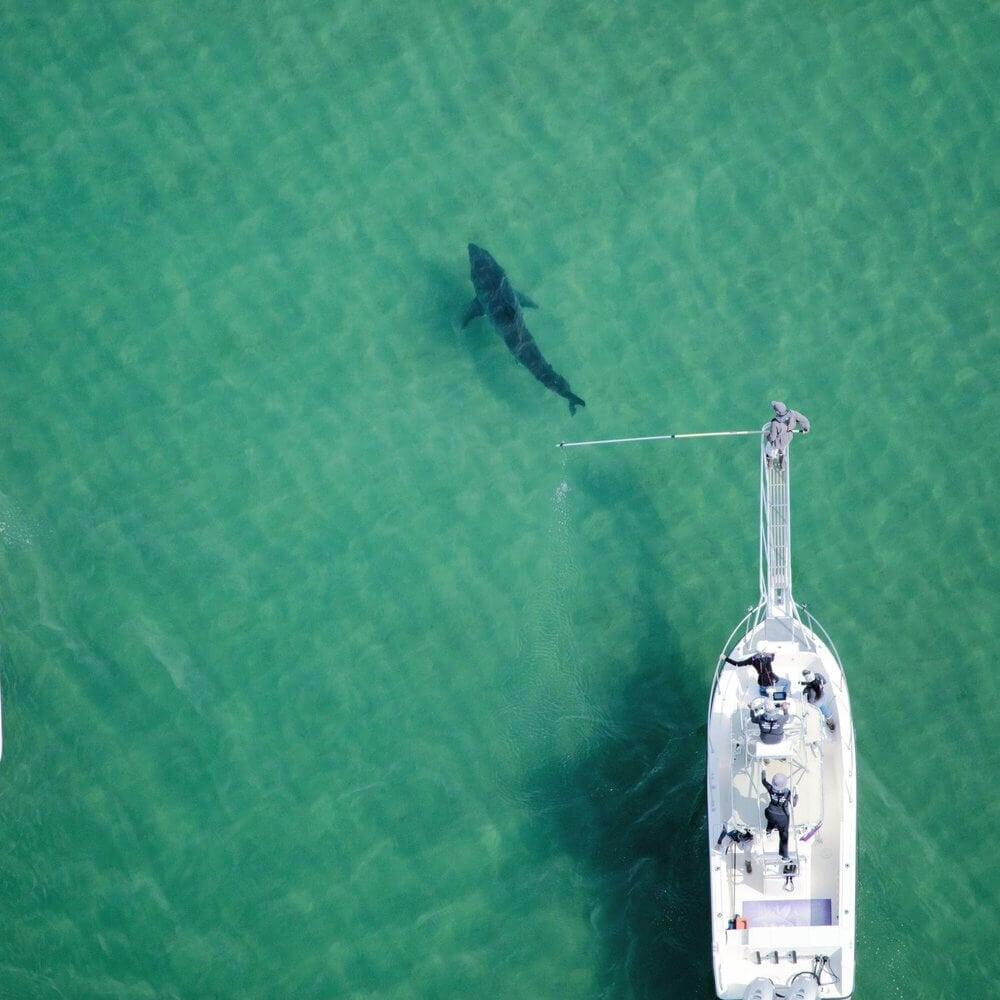 A great white about to be tagged with satellite telemetry .
SHARE

If you’ve happened to noticed cameras flying above Cape Cod beaches lately, don’t worry; no one is spying on you. This is just the newest way for scientists to understand great white shark hunting and feeding behavior, with the goal of capturing seal attacks on video.

A new study revealed that tagged sharks along the Cape Cod coastline spend 47 percent of their time in water less than 15 feet deep. That research prompted scientists to want to study how sharks attack seals—and to start launching cameras from beaches near hot spots for shark activity.

The cameras are like flying drones that are attached to a string and tethered to structure in known white-shark feeding areas. Up to six hours of video can be captured every day, and that film time significantly increases the likelihood of capturing white sharks hunting seals.

Researchers will sometimes witness a seal attack from a plane flying overhead, but those sightings don’t reveal everything. “We don’t know exactly what triggered that [feeding] event,” Greg Skomal of the Massachusetts Marine Fisheries told the Boston Herald. “Is it just a seal swimming too far from the shoreline and the shark is going to get it? Or is there something more going on.” Learning more about what happens before a kill is key for understanding shark behavior. And the camera “allows us to get direct observation of what these sharks are doing when they’re in shallow water, and we can also see what their prey are doing.” Skomal said.

Researchers will study the film to learn more about the environmental conditions surrounding the feeding time. They’ll look at water temperature, water depth, and location to learn what, if any, patterns exist. “This is a very sophisticated game of cat and mouse that’s happening out here,” Skomal said. “The shark doesn’t automatically win. The shark can fail quite a bit.”

Seals are smart, fast, and agile. Research shows that worldwide, they evade sharks up to 70 percent of the time.