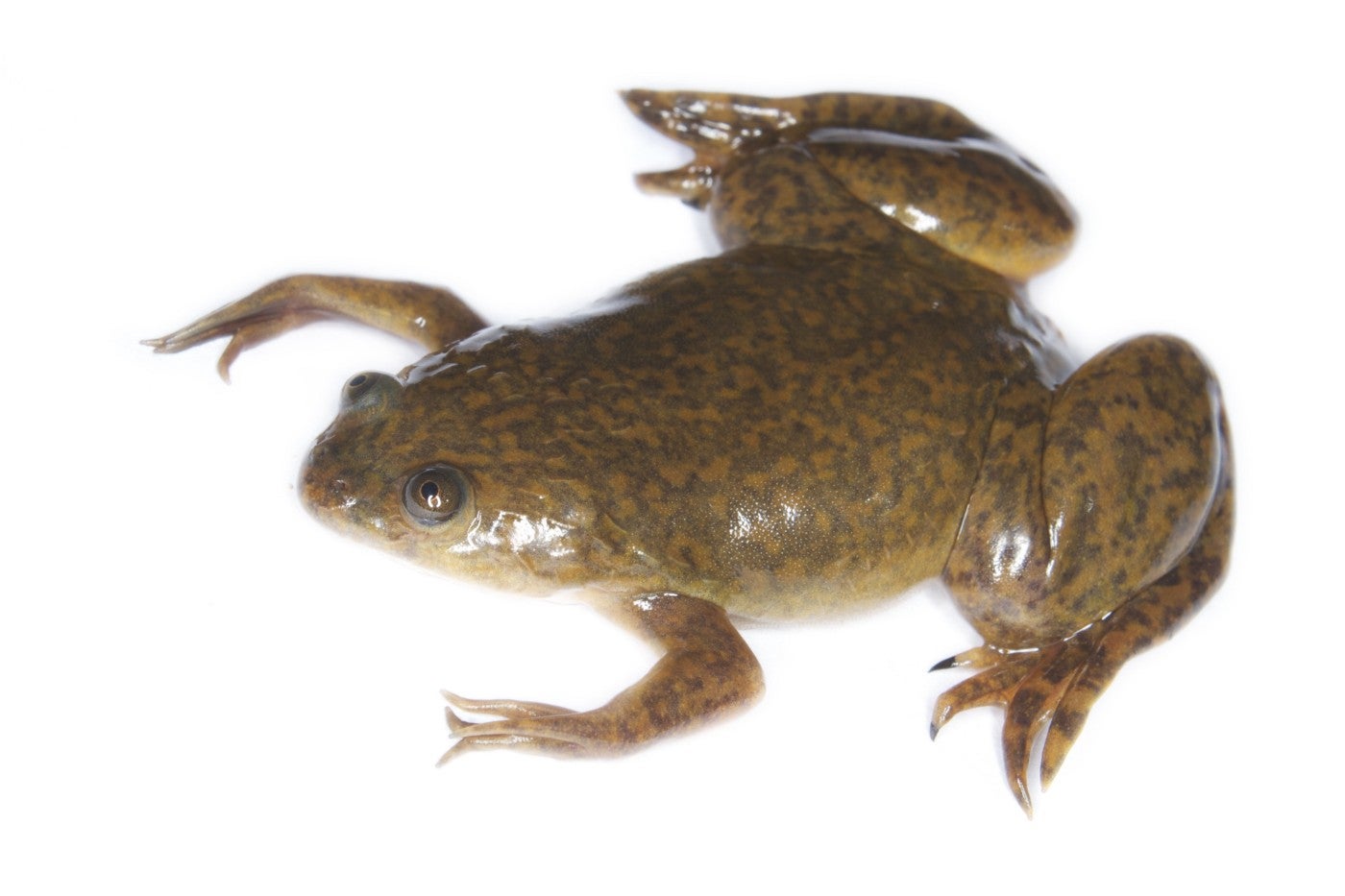 African clawed frogs are known to prey on trout and salmon. WDFW
SHARE

A non-native frog species that was intentionally imported to the United States for use in pregnancy testing is being called “one of the worst invasive species on earth” by wildlife officials in Washington. The state agency is working to mitigate the impact of the voracious amphibian.

The potentially devastating invaders? African clawed frogs, which are native to sub-Saharan Africa. The species’ name is derived from the claws on the critter’s webbed back feet, which they use to grasp and feed on a wide range of prey. “The primary use of these claws is likely to shred food, which could be a decaying carcass, another frog species, fish, bird, snail, or anything else they can fit in their mouth,” said Max Lambert, a research scientist at the Washington Department of Fish and Wildlife (WDFW), in an interview on the agency’s website. “Their claws help them eat other frogs and fish that are bigger than them because they can tear their prey into smaller pieces.”

The frogs breed rapidly, have relatively long life spans, can survive droughts and deep freezes, and feast on native species including trout and salmon. A 1992 study in which four female African clawed frogs were launched aboard the space shuttle Endeavour proved they can even reproduce in orbit.

“These are considered one of the worst invasive species on earth,” Lambert told CBS News. “They’ll eat a lot of native insects, which are good forage food for our fishes and our amphibians, they will eat the tadpoles of our native salamanders, and they’ll eat fish. We looked at some of their stomach contents—and they’re full of baby fish.”

After getting reports of the frog in Issaquah, Lacey, and Bothell a few years ago, state officials began enlisting the help of local landowners to set traps and quickly discovered hundreds of the invaders. Now they are working with conservation partners such as Trout Unlimited (TU) to address the issue. In fact, TU has helped the state catch about 300 frogs since it began a concerted trapping effort in January 2022.

Brought to America after a South African zoologist discovered they could be reliable indicators of the presence of a human hormone that signals pregnancy, the frogs were used in what is considered the first mainstream pregnancy test from the 1940s to the 1960s, according to The Atlantic. Later, the species became popular in the aquarium trade, and, as so often happens, were likely introduced into the wild by pet owners illegally dumping them into freshwater ponds and streams. Washington has since made the African clawed frog a prohibited species. WDFW officials remind aquarium owners not to keep them as pets and to surrender these and any other invasive species to wildlife officials rather than releasing them in the wild.