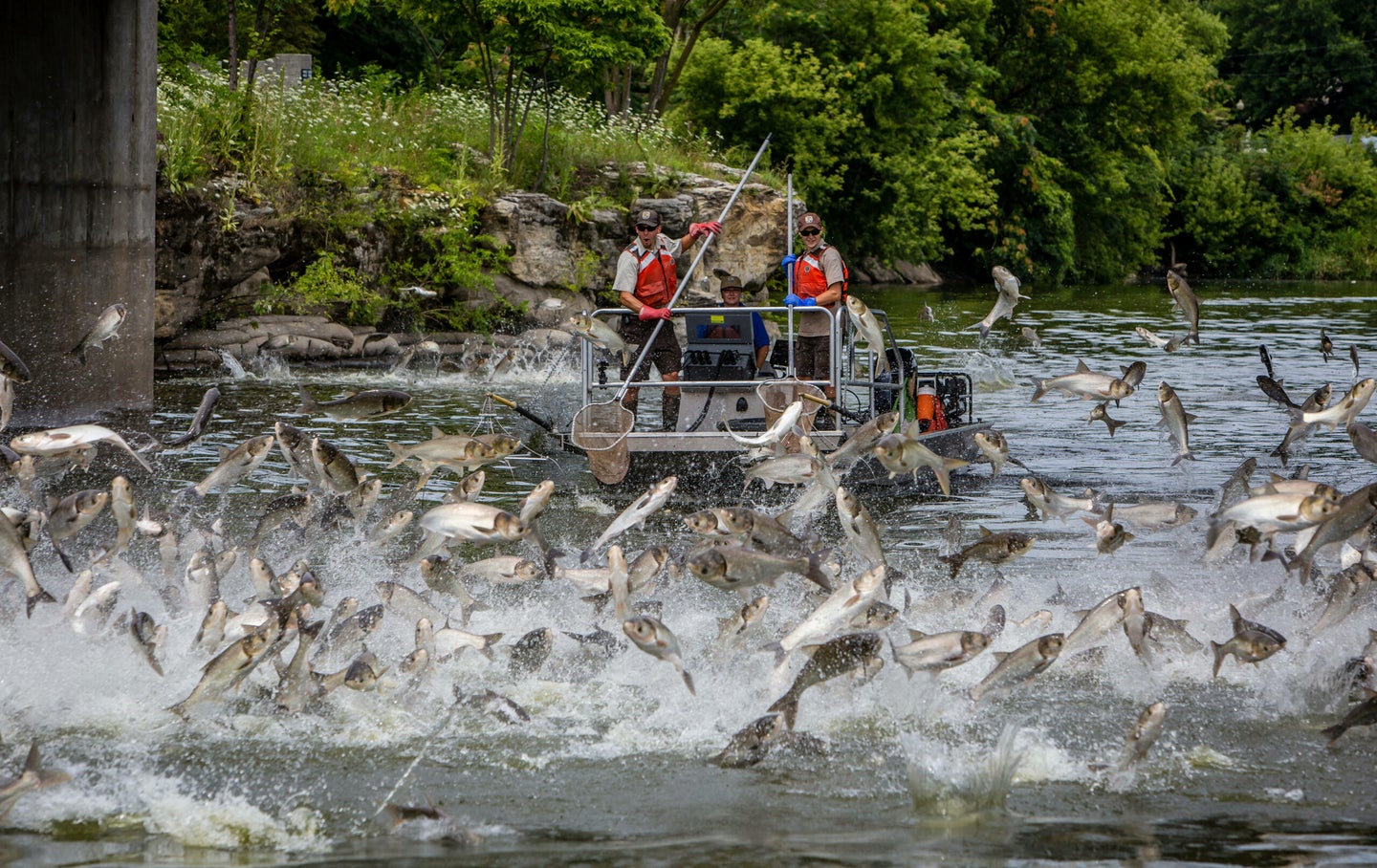 These carp got the electro-shock treatment. Ryan Hagerty / USFWS
SHARE

Arkansas Game and Fish Commission (AFGC) unanimously approved a $70,000 funding increase to the agency’s fisheries budget for one reason and one reason only: to kill carp. The funding, which takes advantage of $1.2 million from U.S. Fish and Wildlife Grants designated specifically for invasive carp management, will go towards the acquisition and outfitting of two specialized carp-control boats. The watercrafts will be crewed by Game and Fish staff and used to catch and remove as many carp as possible from the Lower Mississippi River Basin, as well as the Arkansas-White-Red Rivers Basin.

“Controlling invasive carp is a monumental challenge, and it is one we hear about all the time from our beloved anglers,” said AGFC Director Austin Booth in a press release. Most of the $1.2 million FWS grants go toward academic research. Arkansas’s initiative is distinct in that it will combine a practical carp-removal program with studies that measure its effectiveness.

“This is a new problem, so we have to learn as we go,” said Darrell Bowman, AGFC Assistant Chief of Fisheries. “We have to take what we learn and try to control this species. We also need to do what we can to control these fish while that research is going on.”

The AGFC did not specify how exactly the specialized watercrafts would target carp, though they’ll almost certainly involve electrofishing efforts. Carp were imported by farmers in the southern U.S. during the 1970s to clean up scum in catfish ponds, but they soon began invading natural waterways in the lower Arkansas River, the Mississippi, Ohio, Missouri, and Illinois rivers. The current removal effort focuses on bighead carp, black carp, and silver carp. All of these species reduce the forage available to native fish, and silver carp can even pose a hazard to boaters because they jump out of the water when startled.

The AGFC’s decision to outfit specialized carp-control boats is part of a broader war to limit the spread and reduce the state’s populations of invasive carp. The agency also dedicates resources toward public-education efforts and bans the transport of live bait, which can harbor juvenile carp. Additionally, the AGFC promotes the use of carp for commercial processing, which could lead to a higher harvest of the invasive fish.