Video: Fisherman Jumps in the Ocean to Catch a Great White Shark 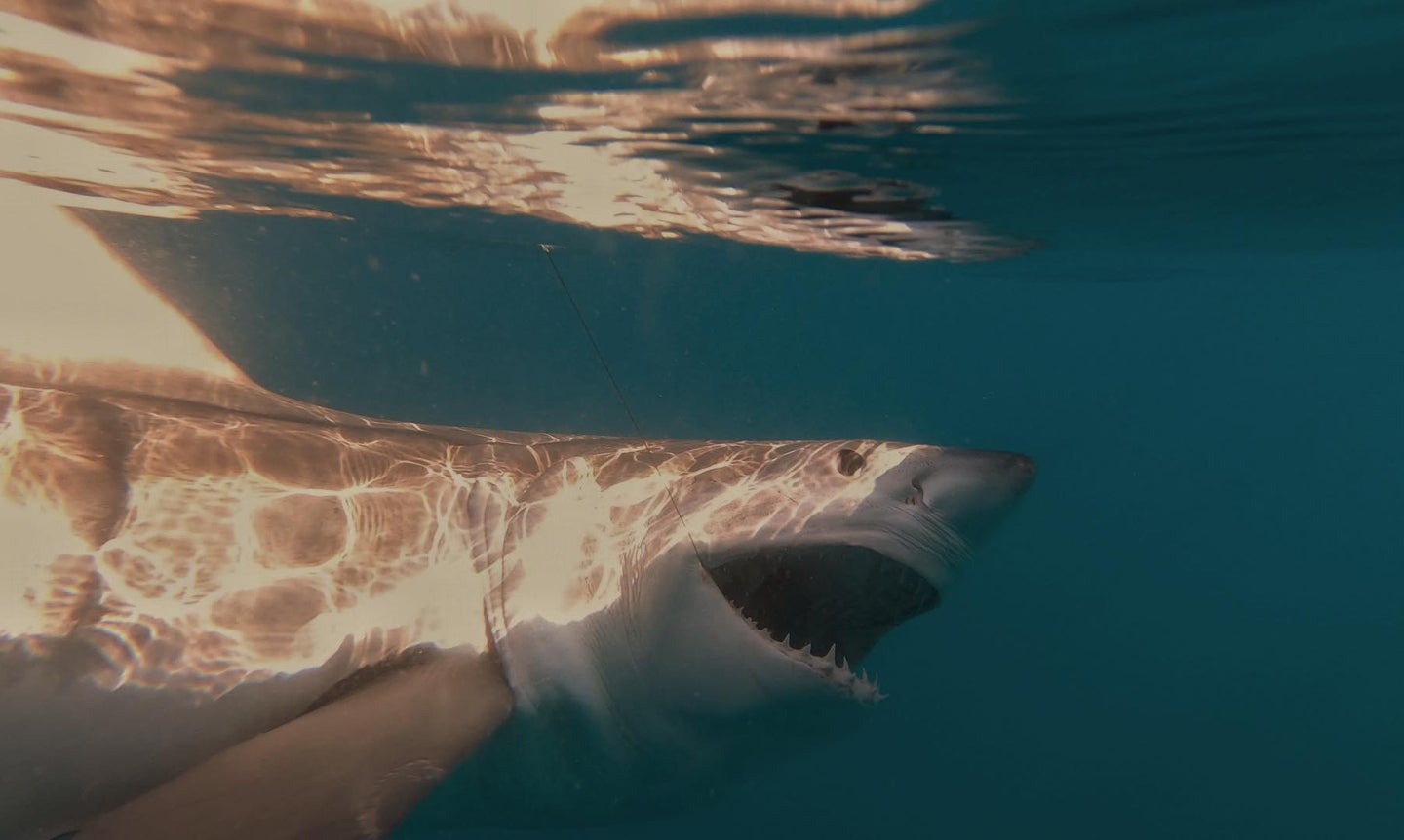 TikToker and fisherman Ben Friedman had a choice. Cut the line and let a once-in-a-lifetime catch get away. Or, jump in the water to free the snagged line. There were a few things he had to consider. The water was the Atlantic Ocean in February. The snag was on a barnacle under the boat. And the fish was an 11-foot great white shark. Of course, he jumped in the water.

Friedman had chartered his fishing trip with South Carolina native and Outcast Sport Fishing proprietor Captain Chip Michalove, known around Hilton Head as “The Great White Shark Whisperer.” Working with the Massachusetts Division of Marine Fisheries, Michalove has a permit to catch the federally protected species. He attaches satellite tags to the beasts and then releases them so scientists can study their winter migration patterns.

As on many such tagging expeditions, the day started slowly. No fish for hours. But, suddenly, at 2 p.m., the great white took the bait and charged the boat. It ran straight under the vessel and promptly got snagged.

“I told Ben that he’s going to have to jump in to free the line from the barnacle if he wants to land this girl, and before I finished my sentence he was taking his shoes off,” Michalove wrote on his Facebook page.

Friedman leaped into the frigid waters, followed by his cameraman, released the snag, and bolted back to the boat. “By the time I got (it) unhooked, I could have beaten Michael Phelps,” Friedman told The Island Packet. “I’ve never moved faster.”

Michalove downplayed the danger in a conversation with For the Win Outdoors: “There really isn’t as much of a threat, as the shark is under control on the side of the boat. I actually think popping the hook is more dangerous than swimming next to it after a fight.”

Read Next: Shark Attacks Rose Worldwide in 2021—And 64 Percent of Bites Occurred in the U.S.

Nonetheless, Michalove, had a different take on his Facebook page in a message to Friedman: “Glad you signed that waiver.”

Those interested in tracking great whites without jumping in the water can do so using the Atlantic White Shark Conservancy’s Sharktivity app, which utilizes data gathered from the tags Michalove attaches to his catches.