The small, armored critters have been causing a nuisance as they expand north, even prompting one town to put a $100 bounty on them 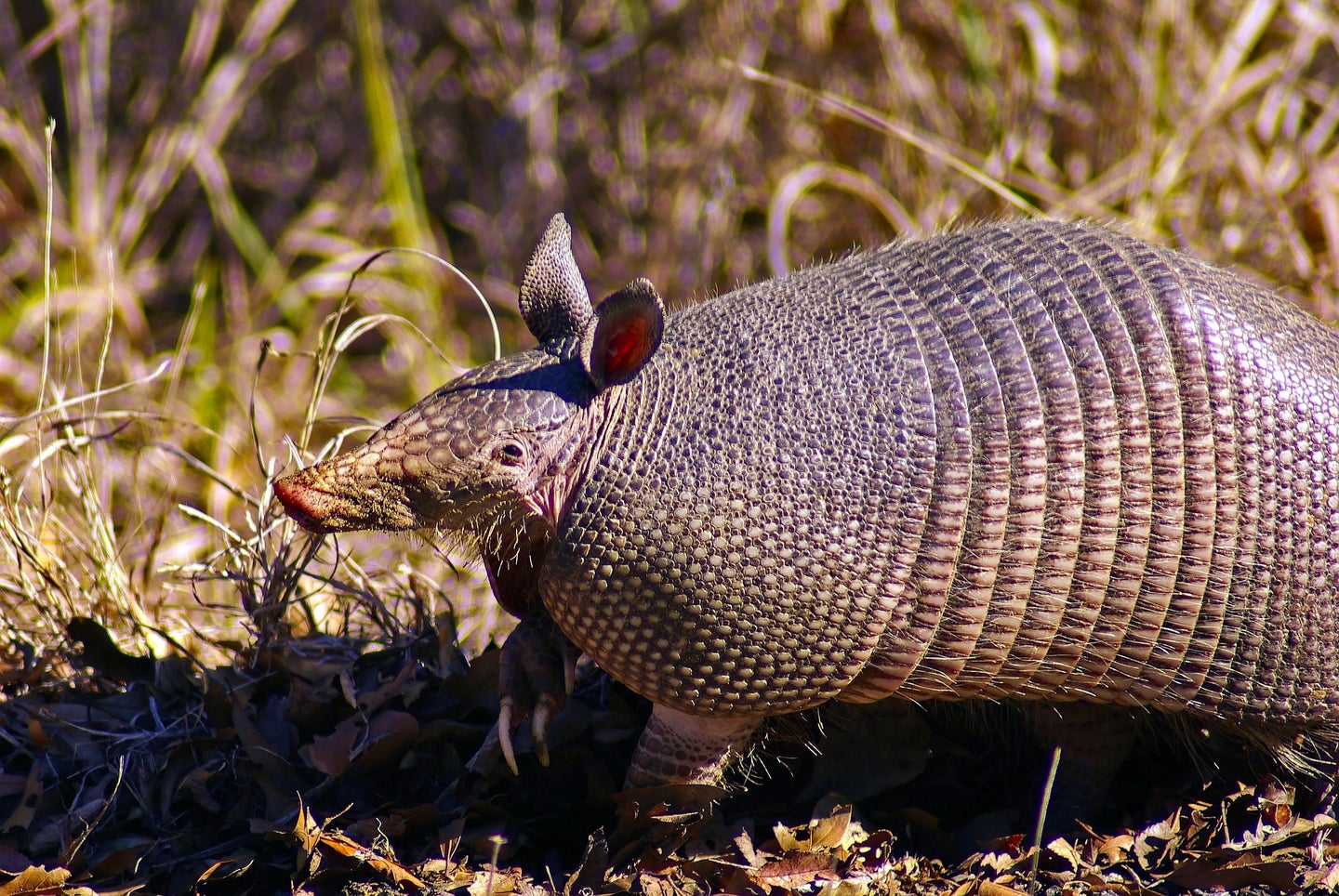 What’s considered to be the small state mammal of Texas is now a nuisance species in North Carolina. Armadillos have been pushing further and further north into the Tar Heel State. Local private pest-control contractors are on the front lines of the invasion. “It’s like hunting aliens,” says Jason Bullard, a deputized armadillo bounty hunter in the town of Saphire, North Carolina. “We know nothing about them. We can’t seem to kill them easily. They show up unexpectedly, and their numbers have just exploded.”

As proof of the population explosion, Bullard compares his kills in the last two years. He killed 15 armadillos in 2020. In the first two weeks of November 2021 alone, he killed eight. Many of Saphire’s homeowners have made a deal with Bullard that allows him to access their property at night. He also patrols local golf courses while hunting with a thermal scope and an air rifle. The town pays him $100 an armadillo.

While Bullard, a feral hog hunter, first received an armadillo call in 2019, the North Carolina Wildlife Resources Commission (NCWRC) says the state’s first sighting occurred in 2008—and that the critters have been steadily expanding their range since then. The state currently allows year-round armadillo hunting with no bag limit, as well as trapping during a regulated season. The NCWRC encourages anyone handling armadillos to wear gloves because the critters are known to carry leprosy. The transmission risk of the disease to humans is low but still possible.

The name “armadillo”, means little armored one in Spanish. The critters are known to be prolific breeders. Females typically give birth to quadruplets, which is one reason why their population has been able to expand its range and increase in numbers so rapidly. Another reason has to do with climate change.

According to The National Wildlife Federation, nine-banded armadillos have been steadily moving north for over 100 years. Armadillos originally reached Texas from Mexico in the mid-1800s. They remained in the very southernmost part of the state until recently when they’ve been found as far north as Missouri and Nebraska. As warm weather spreads across the U.S., so do armadillos. They have sturdy shells but lack insulation. If the temperature drops low enough to freeze the ground, they usually either starve or freeze to death. But in places like North Carolina, the temperatures haven’t been dropping low enough to do so in recent years.