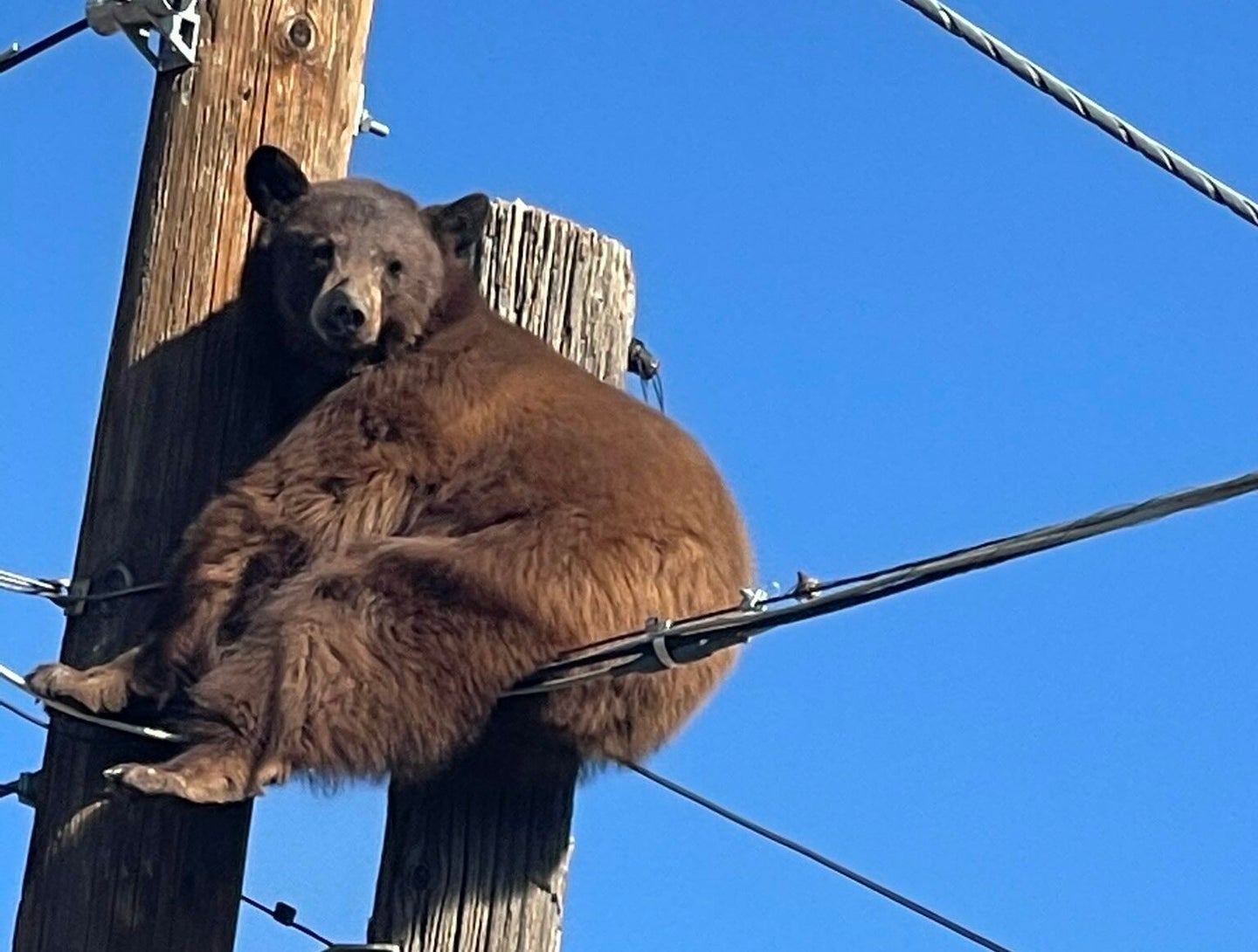 This black bear was finally coaxed down from Arizona high-tension wires.
SHARE

A black bear climbed a utility pole in Willcox, Arizona, last month, and when it reached the top it became tangled in a wire. But after some cajoling from a utility lineman, the bruin made it down the pole and to safety, without getting electrocuted.

After receiving a call from a passerby, the Sulphur Springs Valley Electric Cooperative had to figure out how to get the bear down. Lineman Werner Neubauer immediately shut off the power to keep the bear from getting shocked. Neubauer then climbed into a bucket lift and tried to coax the bear down.

Neubauer tried talking to the bear. “I think I told him I was gonna help him get down the pole,” he said. “I know he couldn’t understand me, but it did get his attention.” When talking didn’t work, he used an 8-foot fiberglass pole. The bear grabbed at the pole and even bit it. Ultimately, as you can see in this video, the bear climbed down and ran off into the desert.

No humans were injured in the incident, but residents were affected by a 15-minute power outage.