The feds dismissed a federal lawsuit to restore wolf protections, but the controversy is far from over 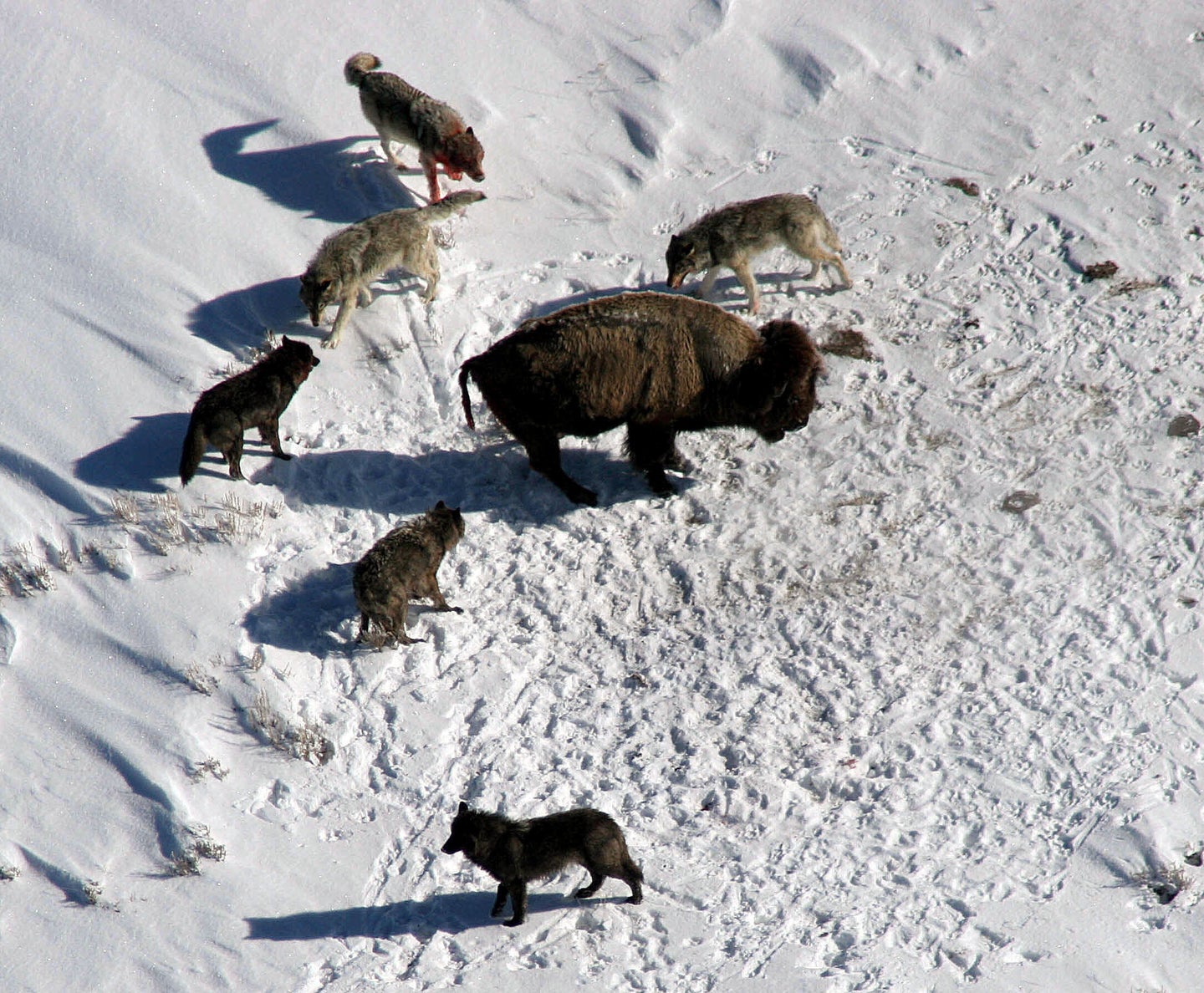 This pack is ready to go in for the kill. NPS/Doug Smith
SHARE

The Biden Administration moved to dismiss a lawsuit that sought to relist gray wolves under the Endangered Species Act (ESA) last Friday, August 20. The action effectively paves the way for this fall’s state-managed wolf hunts to proceed as planned and cements the Trump Administration’s decision to delist gray wolves. U.S. Fish and Wildlife Service (FWS) Assistant Director for Ecological Services Gary Frazer told the Associated Press that the initial decision to delist wolves had been in the works for years before it was implemented by the Trump Administration—and that it was the correct course of action.

Several environmental organizations and animal rights groups, including the Sierra Club, the Center for Biological Diversity, and The Humane Society of the United States, disagreed. Immediately after the delisting, they initiated a federal lawsuit to restore federal protections on wolves. Their premise was that it is still “far too early to declare wolves recovered.”

Gray wolves, which were once nearly extirpated from the Lower 48, had been listed under the ESA for over 45 years before they were removed in January 2021. According to the FWS, “the gray wolf population in the lower 48 states is more than 6,000 wolves, greatly exceeding the combined recovery goals for the Northern Rocky Mountains and Western Great Lakes populations.”

After wolves were delisted, several states in the Pacific Northwest and Great Lakes areas moved to hold their first wolf hunts in years, most notably Wisconsin, which will hold its second wolf hunt of 2021 in November. That state’s Natural Resources Board recently set a kill-limit that far exceeded the DNR’s recommendation. Wisconsin’s first wolf hunt of 2021 was particularly controversial, as hunters took 218 wolves in three days, blowing well past the predetermined harvest quota. Wolf hunting proponents say this happened because Wisconsin’s wolf population is too high—far higher, even, than the state agency estimates. Animal rights advocates—and one scientific study—claim that the state’s wolf population took a severe toll from the hunt.

Other states have not escaped controversy. Last week, Montana wildlife commissioners adopted a rule that would allow the use of snares to kill wolves, as well as night hunting and the use of bait. Some people—hunters included—believe these methods of take are unethical. Others say it evens the playing field because wolves are such difficult quarry to pursue. Oregon issued its first wolf drepredation permits since 2018. Meanwhile, voters in Colorado narrowly passed a plan to reintroduce wolves to the state by 2023.

Although the Biden Administration backed the end of federal protections for gray wolves, it will still closely monitor the situation. Frazer told the Associated Press that if state management practices put wolf populations on the path to extirpation, the federal government could again intervene.

“We’re aware that circumstances have changed [since wolves were initially delisted], and we’ll be watching closely to see how the population responds,” he said. “Certainly some of the things we’re seeing are concerning.”

Wolves in the Northern Rockies have been managed at the state level since 2011. Wolf management in the Great Lakes and Pacific Northwest reverted to state and tribal authority in January 2021 when they were delisted. The FWS will continue to monitor wolf populations “for five years to ensure the continued success of the species.”