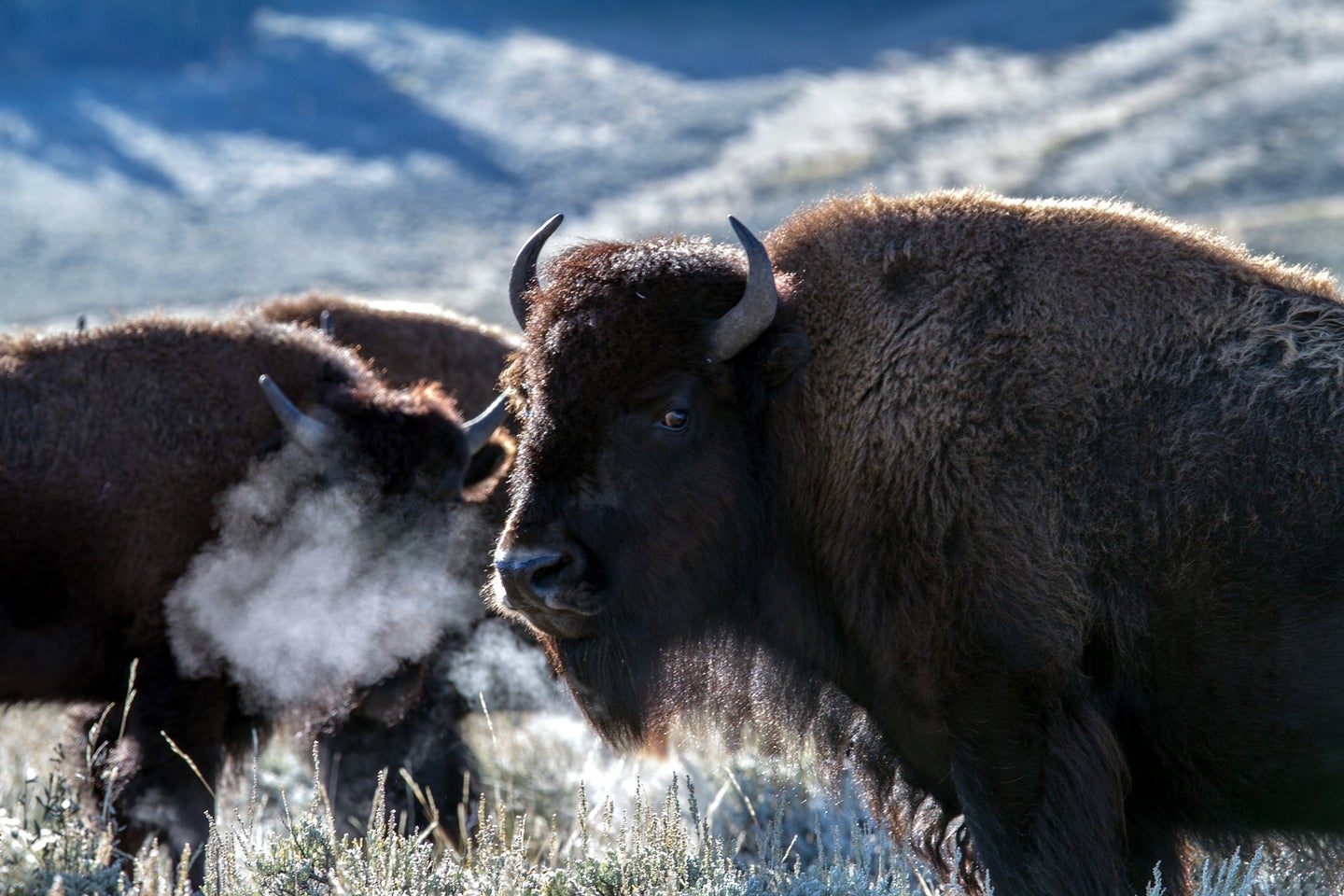 Bison can reach weights of up to 2,000 pounds. Pixabay
SHARE

A pilot program to reduce the bison herd at Grand Canyon National Park ended earlier this month. After shooting proficiency tests, safety training, and miles of hiking in rugged terrain, 10 volunteers managed to harvest four bison. “It was still a learning experience for all of us involved,” one of the volunteers, Charles Gorecki, told the Associated Press. “We got an appreciation that [bison] are very quiet and cunning. These animals, if they catch wind of us…you’ll never ever see them. These are not big, fluffy forest cows.”

The cull was part of the National Park Service’s (NPS) five-year plan to reduce the size of the bison herd on the canyon’s North Rim from about 600 animals to 200 in an attempt to protect vegetation, water, and archeological sites. The primary tool in reducing the population has been to relocate bison to Native American tribal lands in coordination with the Intertribal Buffalo Council. In the last three years, 124 bison from Grand Canyon National Park have been relocated to six tribes in four states.

“Ideally, the more females we can ship out, the better,” said Grand Canyon wildlife biologist Greg Holm. “But we also do the dance around not wanting to shift away a bunch of females because they have the knowledge to teach the younger generation.” Grand Canyon spokeswoman Kaitlyn Thomas told The Washington Post that lethal removal is the most efficient method for herd reduction. “With live capture and removal, it’s sort of as if you’re playing catch up all the time,” she said.

More than 45,000 people had entered the lottery for 12 volunteer spots to participate in a cull. Out of the 12 lottery winners, one backed out and another failed the required shooting proficiency test, which left 10 volunteers to participate in the cull. Only four were successful. Each volunteer brought along three people who were on standby to field dress their bison and pack the meat out. The successful volunteers divided the meat from their kills and donated parts of the animals to the Navajo and Zuni tribes in Arizona and New Mexico, according to Holm.

The program was not without controversy. In addition to the typical objections raised by prominent animal rights organizations, Colorado Governor Jared Polis released a statement saying his state would welcome the bison selected for harvest, and Colorado Representative Joe Neguse urged the Department of the Interior and the NPS to consider non-lethal methods of herd reduction instead.

Hunting is typically prohibited within national parks, and the NPS went to great lengths to call the Grand Bison lethal removal program a “cull” not a “hunt.” Still, the NPS has the authority to kill animals that threaten natural resources or visitors’ safety. In Washington’s Olympic National Park, volunteers have been used to reduce the population of mountain goats. At Rocky Mountain National Park in Colorado and Theodore Roosevelt National Park in North Dakota, volunteers have culled elk. Grand Canyon NPS officials have not yet decided if they’ll continue the volunteer bison culling program next year.