According to a recent study, black carp are widespread throughout the Mississippi River Basin 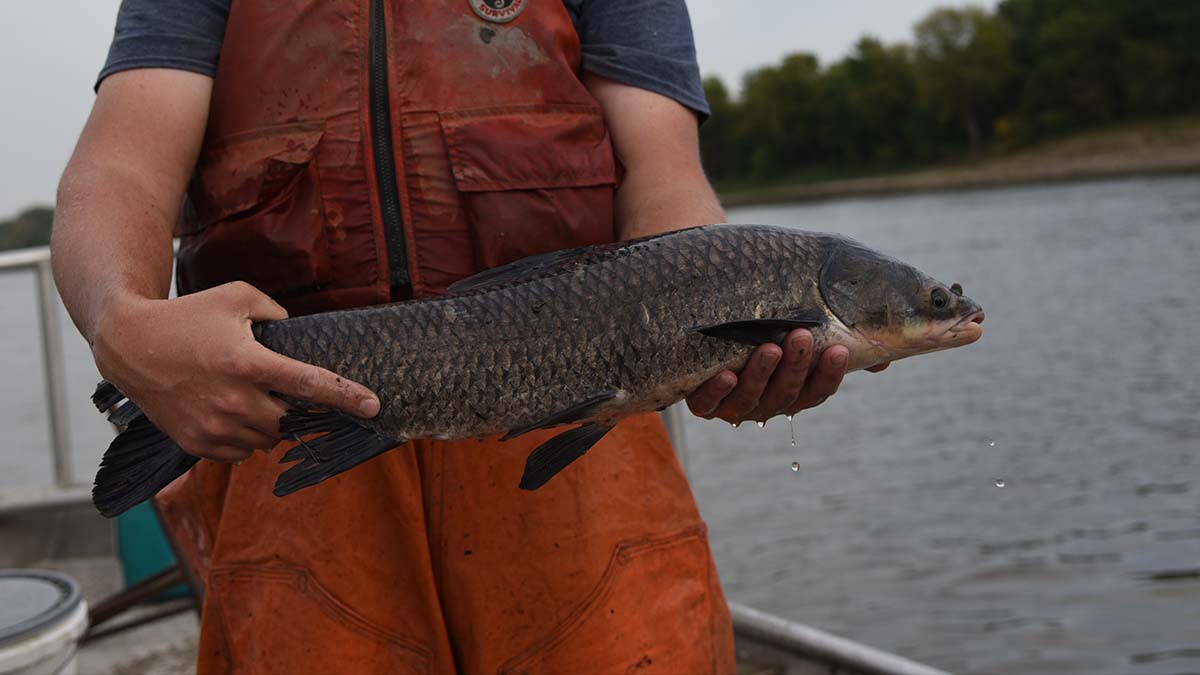 Invasive black carp are now thriving in a large portion of the Mississippi River Basin. A new study co-authored by the U.S. Geological Survey has identified it as the first established breeding population of wild black carp in any location across the U.S. According to the study, the fish were found as far north as Iowa and all the way down to the river’s delta near New Orleans.

Commercial fishers and recreational anglers have reported catching black carp throughout the basin for decades, and biologists have long suspected their presence in a wide swath of the region. But whether or not the fish were reproducing on their own has remained up for debate. “While prior studies have indicated that wild black carp might be established in parts of the Mississippi River basin, this is the most comprehensive study and the first research to provide strong evidence that they are present and sustaining on their own,” said Patrick Kroboth, a research fish biologist with the USGS and co-author on the study.

Endemic to east Asia, black carp can grow up to three feet long and weigh more than 100 pounds. They were first imported to the US in the 1970s to control snails in fish farms. Snails can host parasites that harm channel catfish, striped bass, and other fish that are important human food sources. However, the use of carp in these kinds of aquaculture facilities is highly regulated; no one knows for sure how black carp escaped those settings. In 2007, the Lacey Act made it illegal to import the species into the U.S.

The black carp is a molluscivore, meaning that it eats snails, clams, and mussels, among other mollusks. Kroboth said this poses risks for the Mississippi River and its many tributaries. “Many of North America’s mussel species are threatened and endangered. That’s obviously a concern.”

The Mississippi River Basin covers more than 1,150,000 square miles and includes 32 states and two Canadian provinces. Brad Parsons, a member of the Mississippi Interstate Cooperative Resource Association, said the priority now should be figuring out how to keep the species from spreading any further.

“The fact is fish don’t understand political boundaries, and they are not bound by them,” Parsons told the Wisconsin Watch. “A fish that is in the Mississippi River one day could be in the Ohio River the next.”