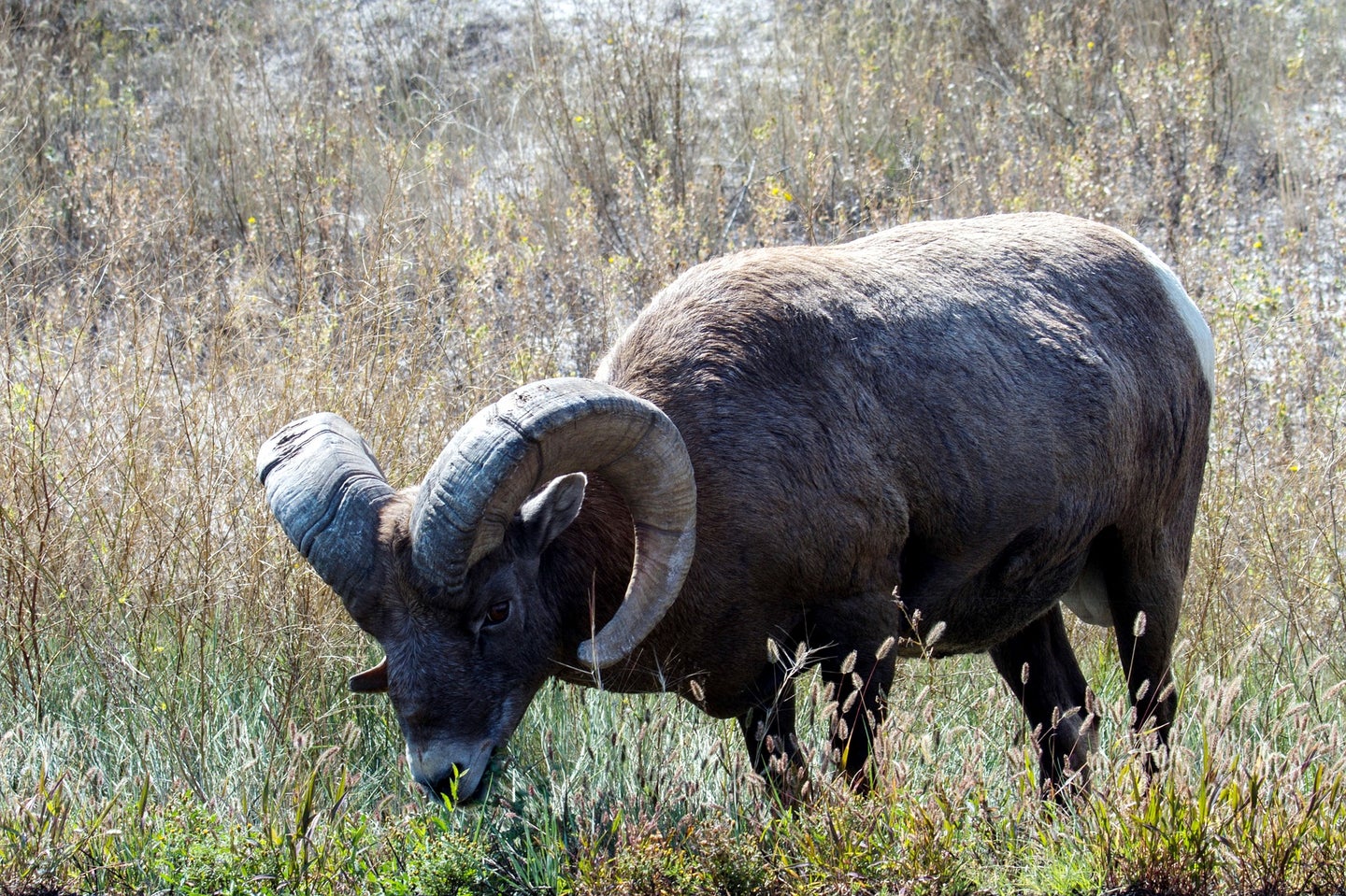 The CBC is reporting that bluetongue has quickly killed nearly 10 percent of a herd of bighorns in the West Kootenay region of British Columbia, which is located in southeastern part of the province, along the Montana and Washington state borders.

Both bluetongue and its closely related relative epizootic hemorrhagic disease, or EHD, can be devastating to sheep, deer, and other ruminants including elk. Transmitted by tiny (1-3mm long) Culicoides biting midges (sometimes referred to as biting gnats or “no-see-ums”), the diseases can rapidly afflict a substantial number of animals in a herd. Relief doesn’t come until cold weather gets rid of the biting midges.

According to the CBC, the bighorn sheep herd in the West Kootenay region is estimated at some 230 animals. Members of the Wild Sheep Society are reported as stating at least 20 sheep have died so far.

The alarm was raised when sheep that were radio-collared for a conservation project stopped moving.

“Five mortalities came in on the satellite collars in two hours,” Kyle Stelter, president of the Wild Sheep Society of British Columbia, told the CBC. “It’s so immediate.”

Serious disease can advance in 5 to 10 days of being bitten by an infected midge. Infected animals develop symptoms such as high fever; redness and swelling of the face, ears and tongue; mouth ulcers; salivation; eye and nasal discharge; and lameness. Some sheep may exhibit such severe swelling of the tongue that it protruding from animal’s mouth and turns blue due to a lack of oxygen—hence the name of the disease. Death is a frequent outcome for bighorns.

Both bluetongue and EHD cases are increasing worldwide, impacting ruminant livestock production and wildlife populations, according to the U.S.’s National Institutes of Health.

North Dakota is now experiencing a second consecutive year of EHD outbreak impacting whitetail deer. The hardest-hit area is reported to be within a 20-mile radius of the Bismarck-Mandan area with localized outbreaks elsewhere. Last year, the state issued refunds to more than 9,000 deer hunters, an option that state officials say they may consider again, depending on the severity of this year’s outbreak.

British Columbia’s provincial wildlife veterinarian, Dr. Caeley Thacker told the CBC that bluetongue is not particularly common in the province, noting that the miniscule midges can arrive through changing environmental conditions or, simply, riding the wind.

Stetler states, “It’s looks like it’s a widespread die-off for certain from what we’re hearing, but it’s pretty early days. I don’t think the regional biologists know exactly to what extent it is other than it’s very, very bad.”

Rocky Mountain bighorn sheep are considered one of the most susceptible wild animal species to various diseases. Besides bluetongue and EHD, pneumonia, scabies, and brucellosis can also plague bighorn herds.