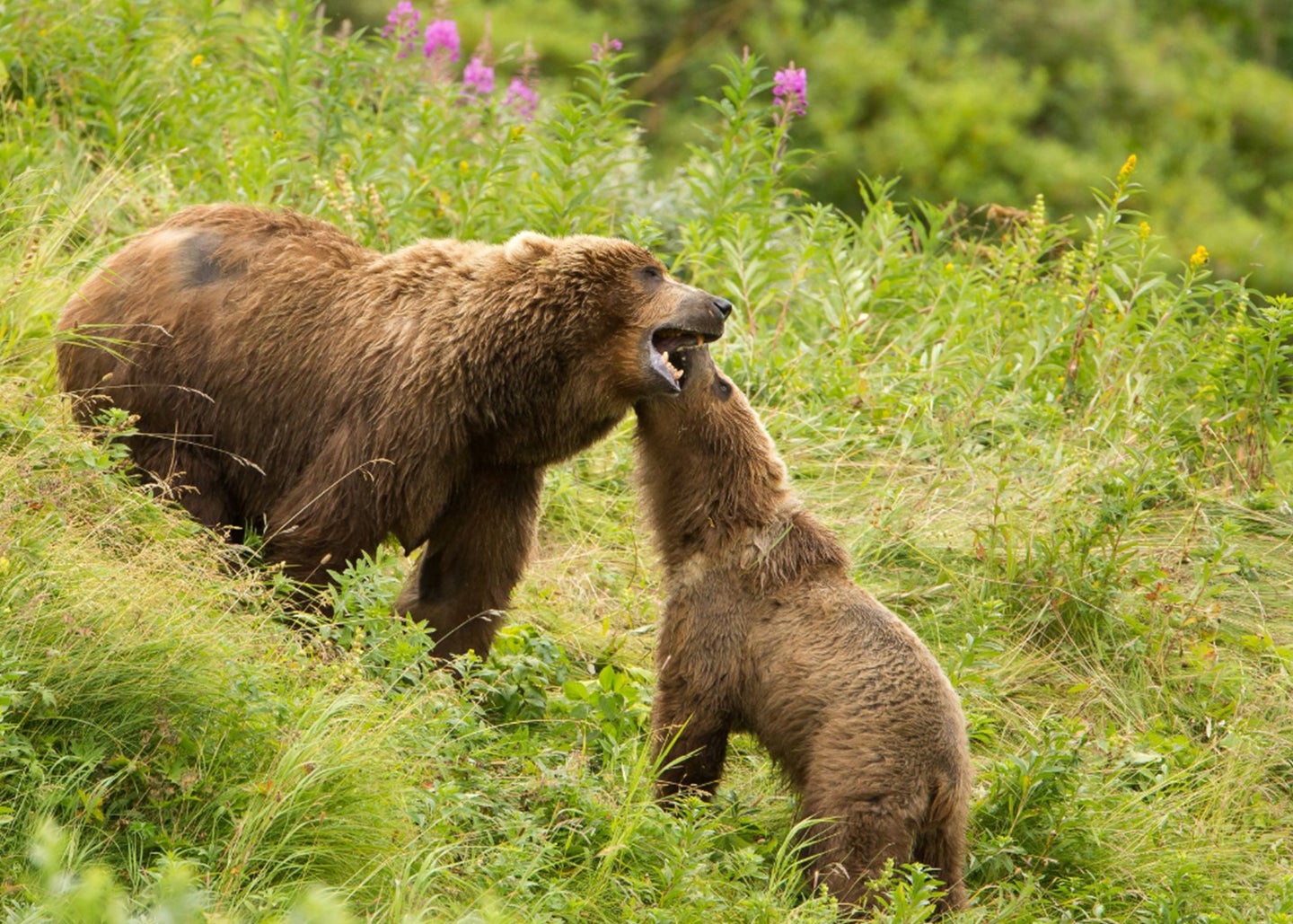 The cub's carcass was located by a hunter in Kodiak, Alaska. USFWS
SHARE

A brown bear cub in Kodiak, Alaska has tested positive for bird flu, a highly contagious respiratory disease also known as avian influenza. While the bird flu is ravaging wild and domestic flocks in both Alaska and the contiguous United States this year, this is the first known instance of a brown bear contracting the disease. The cub’s carcass was found by a deer hunter on November 26 and later necropsied by the Alaska Department of Fish and Game (ADFG), according to Alaska Public Media.

Bird flu, or highly pathogenic avian influenza (HPAI), doesn’t typically spread between mammals, but it can be contracted by scavengers that feed on infected bird carcasses. “It’s not food-borne, so they don’t get it by ingesting,” Dr. Kimberlee Beckman, a wildlife veterinarian with ADFG told Alaska Public Media. “While they’re scavenging, they’re probably inhaling the virus, and that’s how it gets into their system.”

The 2022 bird flu outbreak has been historic, with cases in both wild and domestic birds surpassing anything on record in the United States. Unlike bird flu outbreaks of the past, which were spread primarily by domestic fowl, this one is being driven by wild waterfowl as they migrate along their central and Mississippi flyways. Recent die-offs affecting wild birds have been reported in Illinois, Washington, Wyoming, and elsewhere. And the outbreak has resulted in the death or proactive culling of more than 50 million birds, according to the Centers for Disease Control and Prevention (CDC).

Back in May, a black bear cub was euthanized by ADFG after it contracted the bird flu. It was suffering from seizures and couldn’t walk on its own when it was abandoned by its mother in the Bartlett Cove area of Glacier Bay National Park and Preserve west of Juneau. Officials believe that that cub—only the second black bear to ever test positive for bird flu—also contracted the virus while scavenging the carcass of an infected bird. ADFG biologists have detected the bird flu virus in two red foxes as well—one in Dutch Harbor and one in the western Alaska community of Unalakleet.

Though documented, cases of bird flu jumping into mammals are rare—and the current strain of HPAI likely doesn’t pose much of a threat to humans. The CDC categorizes the virus as “low risk” and says that only one person has been diagnosed with bird flu during the current widespread outbreak.

Read Next: 700 Waterfowl Die From Bird Flu in Washington State

Hunters pursuing waterfowl this season should be particularly mindful of signs of HPAI in wild birds. Look for immobilized birds exhibiting unnatural head movements, and always report signs of bird flu to the appropriate state or federal wildlife authorities. Don’t handle or eat sick game, wear rubber or latex gloves when cleaning game, and cook your ducks and geese to an internal temperature of 165 degrees Fahrenheit. If hunting with dogs, keep them away from dead or dying birds that show signs of illness.